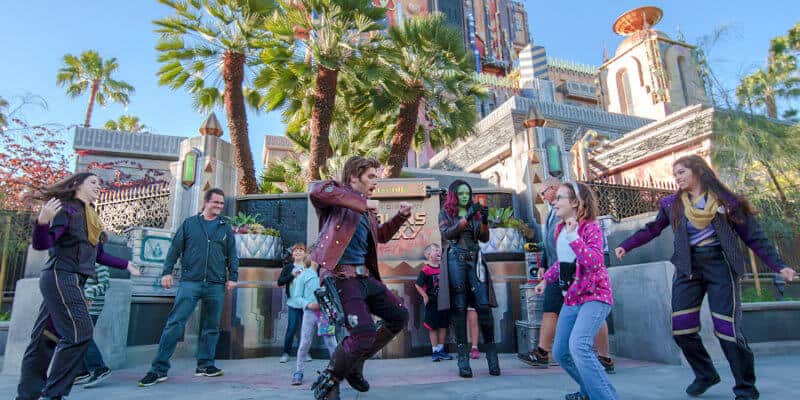 It’s been nearly 80 years since Captain America, Hulk, Black Widow, Iron Man, and other super heroes flew into our universe thanks to the Marvel comics.

Thanks to those 80 years of Marvel comics, we have had the opportunity to enjoy 23 MCU films and experience the adventures alongside these marvelous super heroes. But just because that MCU era came to an end doesn’t mean we have to stop celebrating.

Disney Parks all around the world are bringing Marvel to life in an entire new way. From attractions to super hero themed lands, the Walt Disney Company isn’t ready to say goodbye to the MCU. In case you missed it, here is every way to celebrate Marvel at Disney Parks worldwide.

Avengers Campus – Coming to both California and Paris

Beginning in 2020 at Disneyland Resort and later on at Disneyland Paris, guests will be able to visit Worldwide Engineering Brigade (WEB), which will be home to the first ever Spider-Man attraction. Ever wonder what it’s like to have spidey powers? Well now you’ll be able to test them out as you sling webs just like Spider-Man as you help him collect Spider-Bots.

Both Campuses will also feature Pym Test Kitchen. Pym Technologies is using the latest inventions to help guests grow and shrink food at this one-of-a-kind eatery (just like Ant-Man and The Wasp!).

Guests will also come face to face with some of their favorite super heroes such as Doctor Strange, Black Widow, Black Panther, and maybe even Iron Man.

It’s been confirmed that guests will be able to assemble with more Avengers than ever before thanks to Avengers Headquarters, where guests may encounter super heroes who make a special apperance at any given moment. This attraction will also be the future entrance to a brand-new E-ticket attraction! Step aboard a Quinjet and fly alongside some of your favorite Avengers on an epic journey to Wakanda and beyond.

A new hotel at Disneyland Paris

Across the seas at Disneyland Paris, you can stay at Disney’s Hotel New York – The Art of Marvel, which is opening summer 2020. This hotel will bring the 80 years of Marvel to life by celebrating the art and artists with over 300 works of art on display.

Guardians of the Galaxy coming to Epcot (Walt Disney World)

Guardians of the Galaxy Cosmic Rewind will allow guests to travel on an epic journey as they launch in space alongside Star-Lord, Gamora, Rocket Racoon, Groot, Drax and the rest of the team. But what makes this attraction unique is the never-before-seen storytelling experience. Guests will ride on a coaster which will rotate, allowing the riders to always be focused in on the action.

Guardians of the Galaxy: Mission BREAKOUT!

If you don’t want to wait to celebrate with the Guardians then head on over to Disney California Adventure and help Rocket break his pals out of the Collector’s Fortress. Much like Tower of Terror at Hollywood Studios in Walt Disney World, this attraction drops guests over 7 stories and shoot them back up as they listen to Star-Lord’s playlist and help Rocket Raccoon save his friends.

Guardians of the Galaxy: Awesome Dance Off!

Also at Disney California Adventure, guests can have an epic dance off with the dance master himself, Star-Lord. You may even see Gamora break out of her shell as she jams out to some of the classic 80s hits.

Hong Kong Disneyland is home to the first ever super-hero based Disney attraction. Tony Stark will recruit guests on the Iron Man Experience in order to help fight off Hydra Forces that are attacking Hong Kong.

Once you defeat the Hydra Forces, head on over to The Stark Expo and experience Become Iron Man as guests will have a chance to suit up with Iron Man himself.

And at the newest addition, guests will shrink down to the size of Ant-Man and The Wasp and embark on a critical mission to help the super-heroes save the world.

Last, but certainly not least, guests can celebrate 80 years of Marvel over seas at Shanghai Disneyland.

Bring out your inner super hero at Marvel Universe, where guests can virtually try on the Iron Man suit, draw up some super-heroes at Marvel Comic Academy, and meet some fan favorites like Thor, Captain America, and of course, Spider-Man.

Guests will also have the opportunity to train just like an Avenger and see if they are fit to join the team as a new recruit at Avengers Training Initiative.

But after all that training, we can bet you’re hungry so make sure to stop by Stargazer Grill for some specialty Avengers-inspired food.

We can’t believe it’s been almost 80 years since our favorite Marvel super-heroes were drawn up in the famous comics. But with new attractions and experiences like this, we certainly can’t wait to hit the parks and start celebrating.

Which Marvel celebration is at the top of your must do list?

Comments Off on 80 Years of Marvel: Party around the world at Disney Parks