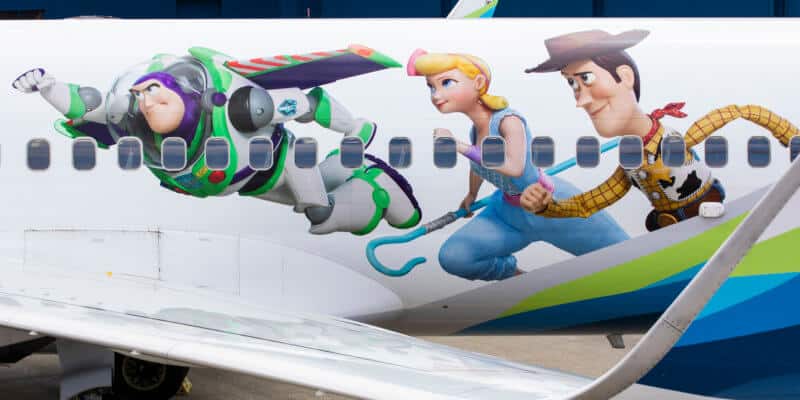 The “Toy Story 4”-themed Alaska Airlines plane is a 737-800, tail number N589AS. It features Woody, Bo Peep, Buzz Lightyear on the fuselage (body) of the plane and Forky on the winglet, smiling to passengers. Naturally, this new plane has left us wondering if Alaska Airlines will be flying to Infinity and Beyond. According to our sources at Alaska Airlines, we will have to settle for transcontinental routes and Hawaii for now. The good news is the plane will be making appearances throughout the Alaska Airlines network giving passengers nationwide a chance to check out the nicest looking plane at any airport it lands at.

Take a look at the images of the plane below! 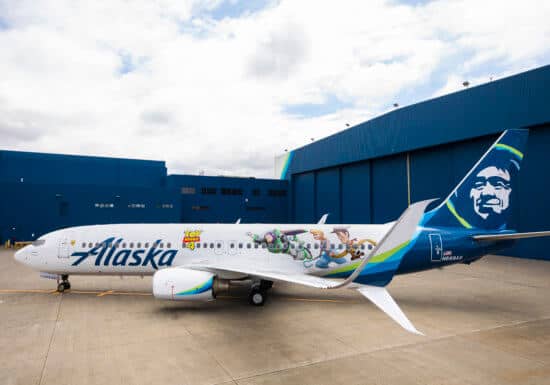 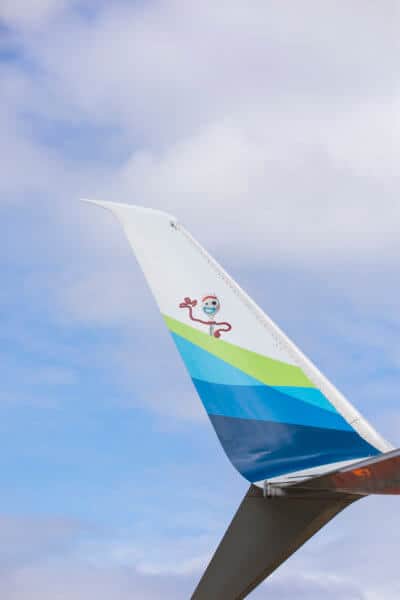 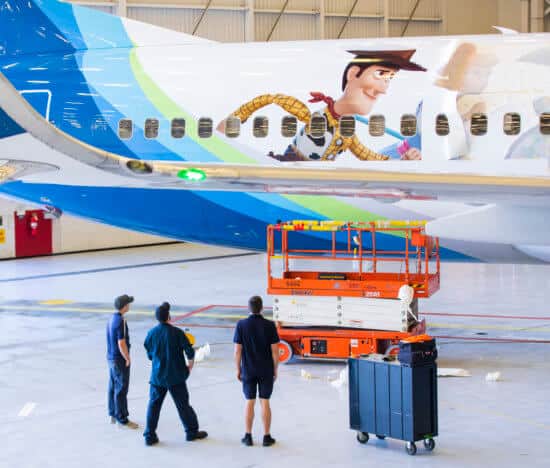 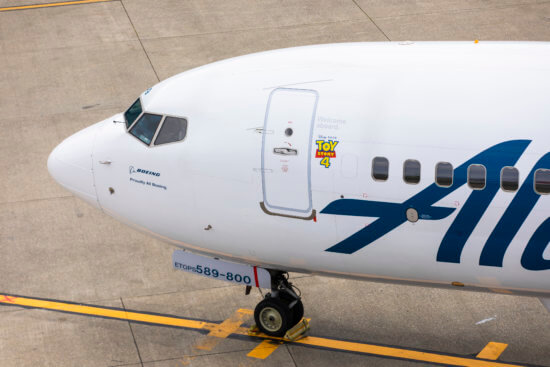 “Toy Story 4” producers  Mark Nielsen and Jonas Rivera shared “We’ve seen Woody and the rest of the toys in a lot of unexpected places over the years. And this time [in Toy Story 4], we’ll see them in an RV, at an antique store and in the inner workings of a carnival. But how many people can say they’ve seen them at 35,000 feet?”

“Many of us have grown up following the iconic characters, and we’re happy to take the toys to new heights, sharing the playful, heartwarming imagery with travelers across our coast-to-coast network––and beyond,” said Natalie Bowman, Alaska Airlines’ managing director of brand marketing and advertising. Gues on the aircraft’s inaugural flight received special Toy Story treats including a celebration at the gate and a complimentary one-month Cinemark Movie Club membership which will allow each passenger to see the film at their neighborhood Cinemark.

This is not the first Toy Story inspired plane, in fact, last year China Eastern Airlines debuted a Buzz Lightyear plane. As that plane centered on Buzz Lightyear it naturally leads to question as to whether it would actually fly or just “fall with style.” Be sure to check out how a plane like this comes about with this short YouTube video from Alaska Airlines.

Can’t get enough Toy Story in your life? We have plenty more “Toy Story 4” coverage for your reading enjoyment. Be sure to watch Toy Story 4 when it comes to the theatres later this week on June 21st.

Where does Toy Story 4 rank on your list of best movies in 2019?