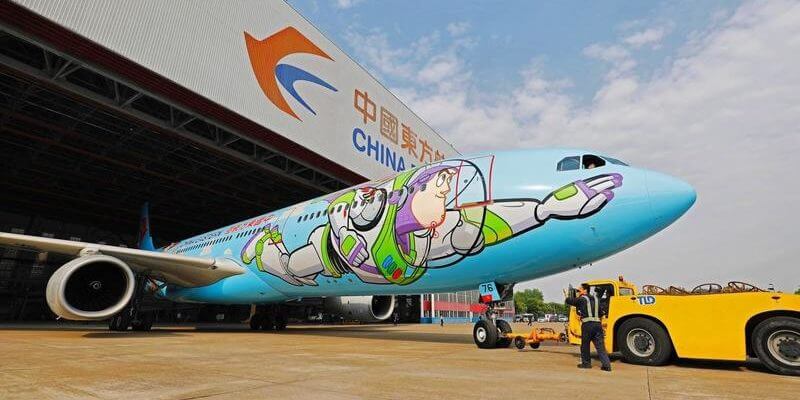 Over the weekend, Woody, Buzz Lightyear, and their pals took to new heights with the launch of a Toy Story plane in Shanghai.

The new aircraft, which is a collaboration between China Eastern Airlines and Shanghai Disney Resort, features Buzzy Lightyear and Woody soaring on the sides of the plane. Inside, the “Toy Story” theme continues with decorations on headrest covers, tables, and overhead bins. The menus are also built around “Toy Story” characters with themed cutlery and food and drink options.

Following a launch event at Shanghai Hongqiao International Airport, where guests could interact with characters from the movie, the Toy Story plane took off to Beijing. The Disney-themed aircraft will be used for domestic flights to and from Shanghai.

For more information on Shanghai Disney Resort, head over to their website.