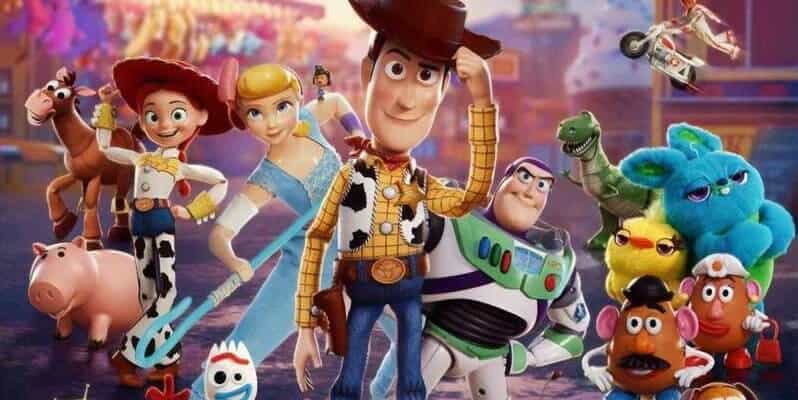 Everyone’s favorite Toy-filled film just got another sequel and it’s full of big changes, old friends, high-emotions and many tears–some of which, will be your own!

The “Toy Story” franchise first began back in 1995, when Pixar and Walt Disney Pictures released its first film, where we first met our favorite toys of Woody and Buzz Lightyear. Since then, fans of the franchise have watched these characters evolve over the past 24 years with two additional films, which featured the additions of new characters and new heartbreaks. Now it seems Pixar and Walt Disney Pictures have another story they want to tell with these beloved characters and we’re not gonna lie, it’s a tough pill to swallow.

“Toy Story 4” begins right where “Toy Story 3” ended, with Woody and most of the original gang in a new bedroom with a new child, Bonnie. Not many details were revealed about Bonnie in the last film. However, what most can probably pick up on from seeing the film’s recent trailers and some of its commercials on TV is that she is obsessed with her newest toy, Forky.

Voiced by Tony Hale, this new character brings a fun and happier persona to the franchise as he is absolutely hilarious. Additionally, Forky, whose appearance is both adorable and goofy, also brings another level of depth to Woody as the cowboy makes it his mission to look out for this makeshift toy.

This character is Bonnie’s obsession, which further casts a shadow on Woody. In this film, Woody is no longer the favorite toy and to make matters worse, he also doesn’t run the toy chest anymore. In Bonnie’s house, Dolly is the leader of the toys.

As much as Forky is a comedic relief in the film, he also is significant in the fact that his role in the movie really opens Woody’s eyes to his own spot in Bonnie’s toy chest and heart.

As we all know, “Toy Story 4” marks the return of an old favorite, Bo Peep. Although, in this new film, the sheep herding sweetheart is now a “lost toy” who goes wherever she pleases with her three sheep, bringing happiness to kids everywhere.

For some toys, like Woody, who only stay with one child at a time, this can be a difficult concept to understand. However, as Woody and Bo grow closer from working together to help return Forky to Bonnie, her way of life becomes significant as it opens Woody’s eyes to the many paths one can take in their world as a toy.

An all-new addition to the film, Caboom is a daredevil action figure from Canada who aids the gang in their attempts to save Forky. As seen in the many trailers released for the film, this character is a much-appreciated addition to the film as his fast action poses and catchphrases bring a nice sense of humor and lightness to the movie.

Voiced by Keegan-Michael Key and Jordan Peele, these two comedians bring the laughs in “Toy Story 4.” Both of these characters are “lost toys” looking for their own child.

The two may have a fairly serious endeavor to achieve in order to find their happiness in the film. However, they’ll have you laughing more than any other characters throughout the film! Key and Peele really bring the laughs in their performance and in between your cries in the film, these two will turn your smiles upside down.

If you are someone who has watched every “Toy Story” film, you are more than likely already going to see this movie as well. However, if you are a fan who thinks “Toy Story 3” should have been the end, be sure to watch this film because it does develop Woody even further.

After the events of “Toy Story 3,” it’s hard to believe these characters had another story to be told. However, this film draws from the past and combines it with the toys’ new present life with Bonnie and really festers into not only Woody, Buzz, Bo Peep, Jessie and the rest of the gang’s emotions but also the fans.

As one might have guessed, the most emotional part of the film comes at the very end, toward the last 20 minutes. During this time, make sure not to leave your seat for any reason. You may feel extreme emotions during this part of the movie. However, the movie does include some lighter parts in this sequence as well that help make up for it.

For even more “Toy Story 4” content, be sure to check out the film’s press conference with all of its main stars below.

Will you see “Toy Story 4” when it hits theaters June 21? Let us know in the comments below!

Comments Off on REVIEW: “Toy Story 4” offers us old friends, high-emotions and many tears