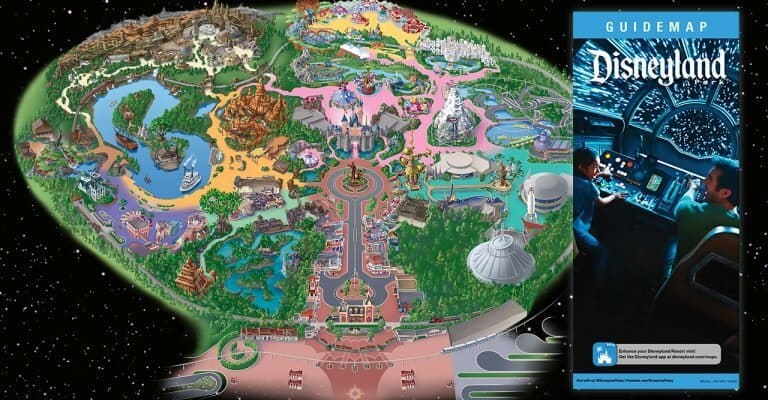 Of course, there are plenty of benefits to visiting Star Wars: Galaxy’s Edge. The new land is incredibly immersive and transports guests to a galaxy far, far away that they’ve previously only been able to see in movies. When you visit Black Spire Outpost on Batuu, you’ll get to fly the Millennium Falcon, taste that iconic Blue Milk, grab an alcoholic beverage at Disneyland’s first bar, and even build your own realistic lightsaber. The land is huge, with plenty of surprises and immersive experiences around every corner that truly make guests feel as though they have entered the world of the “Star Wars” films. It is an entirely new experience, something that both “Star Wars” fans old and new can appreciate.

But what if you aren’t a “Star Wars” fan, or if you weren’t able to snag a reservation to visit Star Wars: Galaxy’s Edge within the first few weeks of its opening? While some may think it’s a good idea to wait to visit Disneyland until the hype for Star Wars: Galaxy’s Edge dies down a bit, we’re not so sure you should throw in the towel just yet. Yes, it will be crowded, but if you plan your visit for a weekday, have an open mind, and park hop over to Disney California Adventure, you can still have a magical visit at the Happiest Place on Earth, even amid the hustle and bustle of Batuu.

You should also keep in mind that most Disneyland Resort guests are annual passholders who probably won’t spend their entire day at Disneyland, even on the day of their Star Wars: Galaxy’s Edge reservation. Given this, there is a possibility that many attractions won’t have terribly long wait times. If you’re familiar with Walt Disney World Resort, you’ll remember what happened with Pandora – The World of Avatar opened back in 2017.

The newest land at Disney’s Animal Kingdom brought two state-of-the-art attractions to the park, both of which having pretty consistent incredibly long wait times. Because of that, mornings in the rest of Disney’s Animal Kingdom tend to be more laid-back: while most people head for Na’vi River Journey and Flight of Passage right at rope drop, the rest of the visitors can enjoy other E-ticket attractions like Expedition Everest and Dinosaur with much shorter waits.

With possibly the most highly anticipated new attraction, Millennium Falcon: Smugglers Run, located in the back of the park at Star Wars: Galaxy’s Edge, we’re hoping to see much lower wait times for Disneyland’s popular attractions, like Indiana Jones and the Temple of the Forbidden Eye, Pirates of the Caribbean, and Big Thunder Mountain Railroad. It’s still too soon to tell the effect Star Wars: Galaxy’s Edge will have on attraction wait times in the rest of the park, but we’re not losing hope yet. We’d hate for the grand opening of an epic new land to deter other guests from visiting the rest of the park.

For those who don’t want to let crowds for Star Wars: Galaxy’s Edge keep them from visiting the Happiest Place on Earth this summer, our suggestion is to opt for a park-hopper ticket if you’re planning to visit for only one day, just so you can hop over to DCA if the Disneyland crowds become too overwhelming for you. Star Wars: Galaxy’s Edge is an incredible new land, but there is so much more Disneyland Resort has to offer. Experience Soarin’ Over California while it’s back for a limited time, visit awesome attractions on Pixar Pier if you haven’t had a chance to visit yet, and head back over to Disneyland at night to watch the awesome Mickey’s Mix Magic fireworks over the gorgeous newly reimagined Sleeping Beauty Castle.

You should also keep in mind parking at Disneyland Resort. It’s expected for parking to be very full during the first few weeks after Star Wars: Galaxy’s Edge opens, as all reservations to visit the new land from May 31 through June 24 were claimed. But as Disney previously announced, an all-new Disneyland Resort parking structure is currently being constructed, and it will hopefully be open later this summer. So if you want lower crowds and more widely available parking, we suggest waiting to plan your visit until the new parking structure opens. Disney has yet to announce an official opening date for the new parking structure, but we’ll keep you updated.

Would you visit Disneyland without going to Star Wars: Galaxy’s Edge? Share your thoughts with us!

Comments Off on Should you visit Disneyland and skip Star Wars: Galaxy’s Edge?