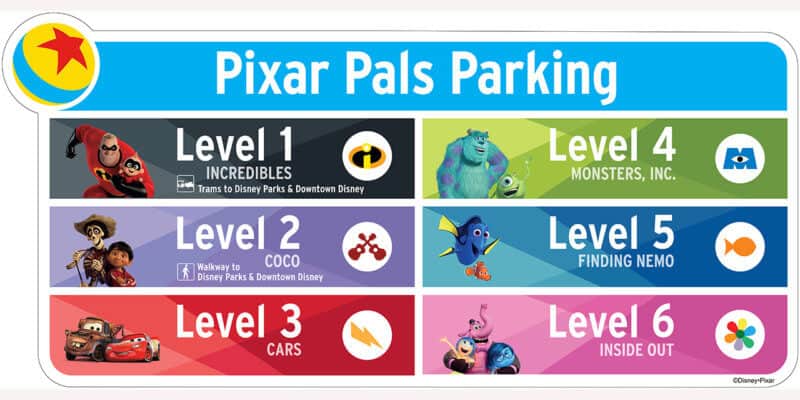 Earlier this year, Disneyland Resort started “Project Stardust” by bringing several changes to how visitors get around the Resort, and many are specific to Disneyland park itself. The changes are being implemented before the May 31 opening of Star Wars: Galaxy’s Edge.

According to Disney, this is in line with Walt Disney’s original vision, with improvements ranging from beautification to maxi­mizing guest comfort and improving guest flow.

New enhancements will be coming soon by adding more parking as well as new guest arrival experience. As previously announced, a new parking structure is being built next to the current Mickey & Friends lot. This new parking area will be called Pixar Pals and it features characters from Disney•Pixar films such as “Coco,” “Monsters, Inc.” and “Inside Out.”

Disney mentioned that this new structure will have more than 5,000 parking spaces and will be open by the end of July or earlier. The new structure will also feature a new electronic parking system to expedite guest parking; this will be done by digital lights above each space to indicate open spots.

The current Toy Story parking lot, located off Harbor Blvd. across from the Anaheim Convention Center, will also be expanding by adding more than 2,000 additional parking spaces and additional entrances. This is a welcome change to that parking lot, which has issues with traffic blocking Harbor Blvd. What’s new to the Toy Story lot is security-screening tents before guests board the shuttles. This will help eliminate screening in the esplanade outside the theme parks at peak times. Those who have been to the Resort when it’s busy have seen these lines, which have reached the bus stops and can be very frustrating. One way Disney is trying to combat the long lines is a new area for guests with no bags, but with the new security tents at Toy Story, entering the Parks will be easier.

New and updated Disney policies were just announced, which will help the effort to make visiting the Disneyland Resort more enjoyable. Not only has work begun on Main Street to open up the walkways in the central Plaza, but the park is also enhancing curbs with slow inclines, which helps guests navigate around much easier. In Adventureland, the entrance marquee will temporarily be taken down to remove a walkway support for increased guest flow.

What do you think of these new enhancements coming to the Disneyland Resort? Let us know in the comments below.

Comments Off on New Disneyland Resort parking structure named Pixar Pals, plus details on other enhancements