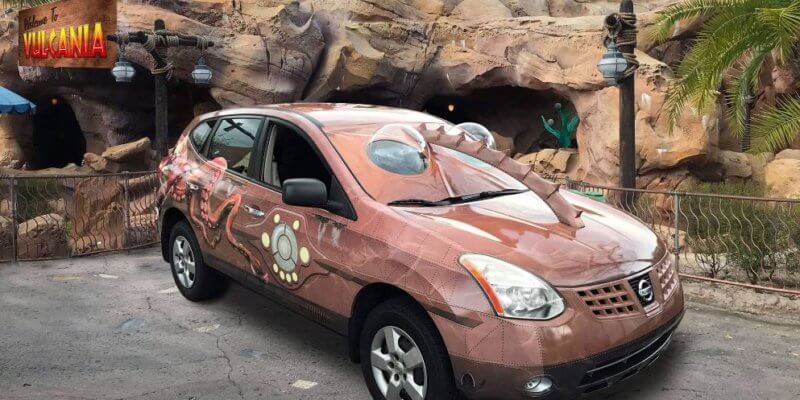 Harper Goff’s version of Jules Verne’s iconic “Nautilus” is, perhaps, the most recognized and beloved version of the submarine around. Captain Nemo’s impressive undersea vessel inspired an amazing automobile makeover.

Recently, one steampunk, science fiction, and Disney fan decided it was time for the sub to resurface in Central Florida. Making its magnificent debut at a recent SyFy Bartow event this modern make-over version of the “Nautilus” now roams freely.

The monstrous “Nautilus” first appeared in Disney’s “20,000 Leagues Under the Sea” (1954) and then as a walk-through experience (including sets and props from the movie) at Disneyland.  When Walt’s Magic Kingdom opened in Florida (1971), a full fleet of the green patina colored submarines ushered guests on an undersea adventure. Outside of a trip to Paris or Tokyo, it has been almost impossible to catch a glimpse of this infamous incarnation in action. That is, until now .  .  . 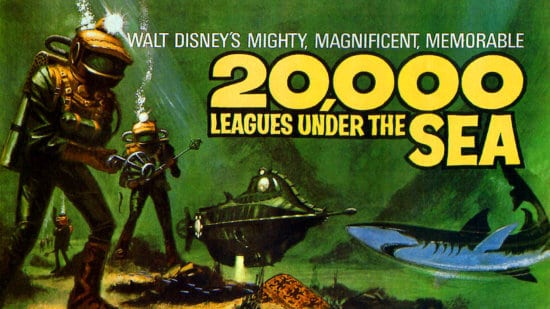 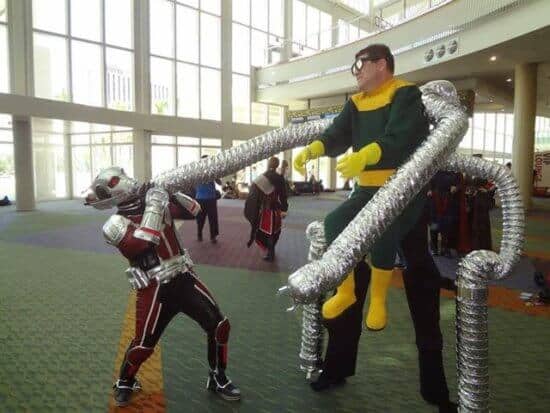 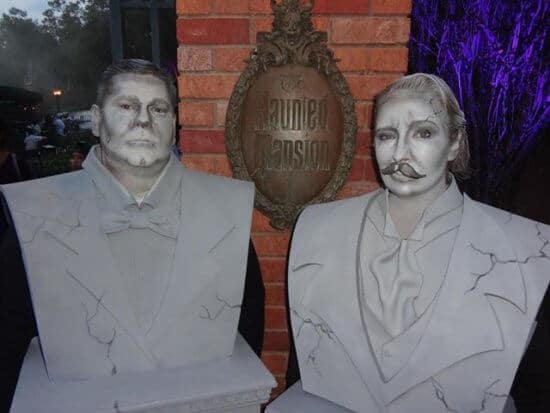 Thomas took the time to answer a few questions about his latest project: Nautilus car wrap inspired by Disney’s “20,000 Leagues Under the Sea.” 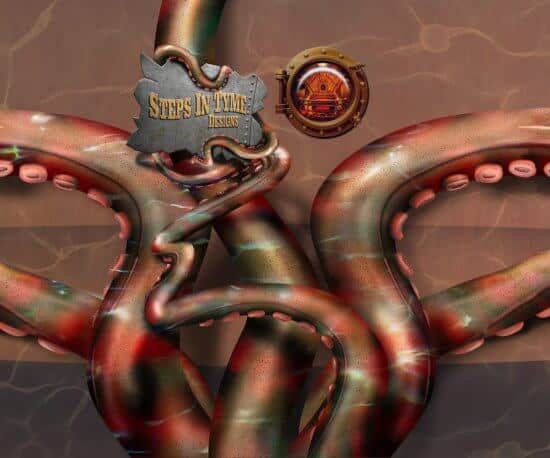 Inside the Magic (ITM): What inspired you to craft your creation?

Thomas Galvin (TJG): When we found out that Steampunk was going to be the theme for the 2019 SYFY Bartow, I went through my ROLODEX (I just dated myself) of my costuming friends that I thought might be interested in a Steampunk themed wrap. That list truly only had one name on it… R.J. Foster. We have been friends since 2012 and I have always been wow’ed by his skill in Steampunk design and leather work and costume design. Especially, his Captain Nemo from 20,000 Leagues Under the Sea. I reached out to see if he might be willing to have his car wrapped like the Nautilus. To say that he was on board with the idea was an understatement. The basic idea was easy… the design was the challenge. Months ago, I worked up a rough concept so I could get my head around the placement of the key iconic elements of the Nautilus. 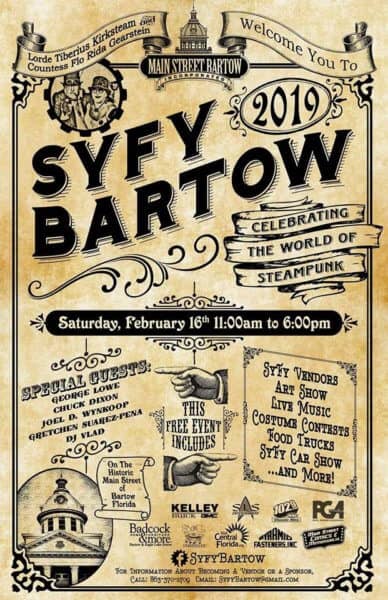 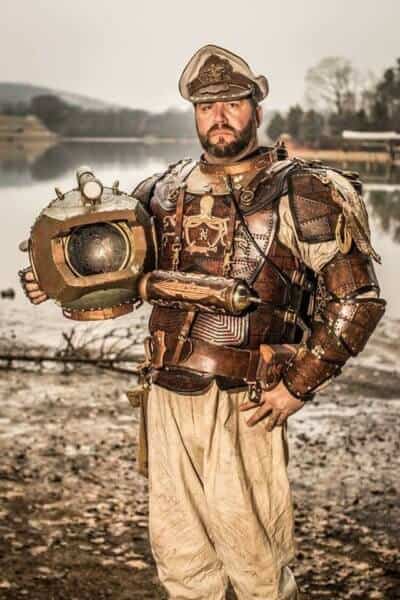 ITM: What went into creating the wrap for this car?

TJG: I kept working with RJ to ensure his approval on the design. Certain details had to be modified from the original design, like the color. The film version is very dark. I changed it to a copper color so I could show details better. Also if you go dark on a design you might as well wrap it in black vinyl. We did something new with this design that our shop had not done before… we had 2 separate designers work on different parts of the layout. I worked on the submarine design while another artist, David Booth hand drew the squid tentacles. We then combined the elements for printing.

When it finally came to printing the parts of the wrap, it was broken down to the basic elements: Sides, Hood, Roof, Bumpers, and Rear. The real fun part was printing and plotting over 8,000+ rivets that would be applied separately. I had decided early that this wrap needed some 3D elements to make this wrap even more epic. Those parts were the front rake and the forward globes. The hood attachment was carved from foam and the globes were mounted to a printed banner. Both are easily removed for everyday driving. They are held on by magnets and velcro for “parade mode.” 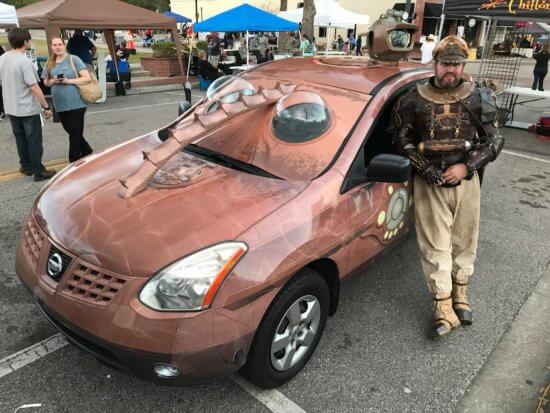 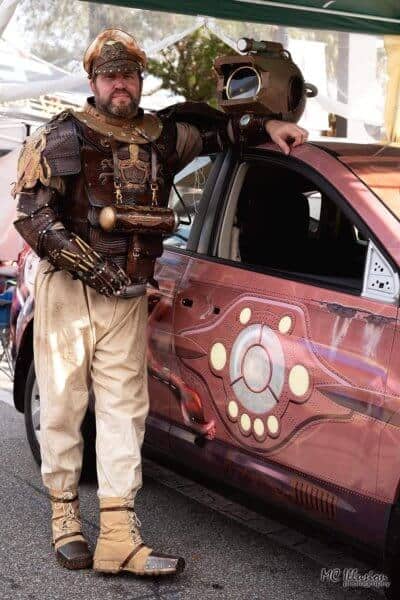 ITM: Do you have a favorite element of the wrap or project process?

TJG: Watching the final installation always gives me chills… in a good way. It’s a kind of nervous excitement seeing all the designing and planning be brought to life and know this is really happening. 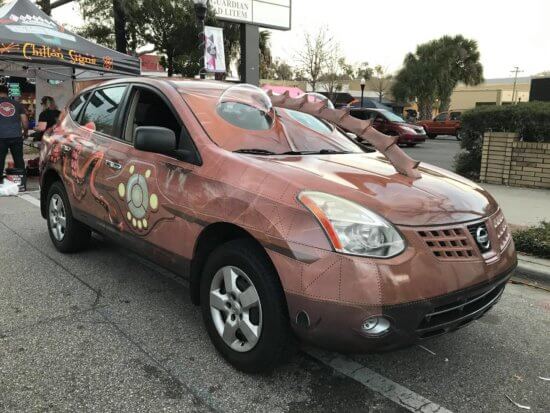 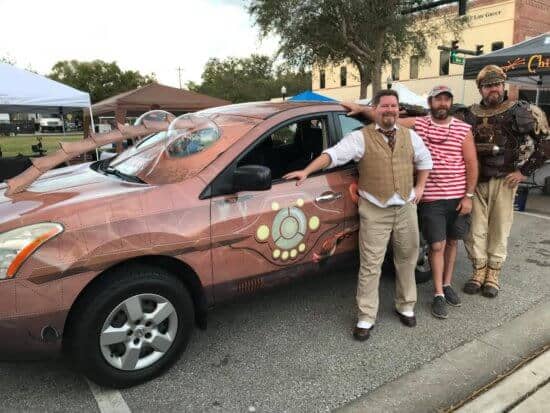 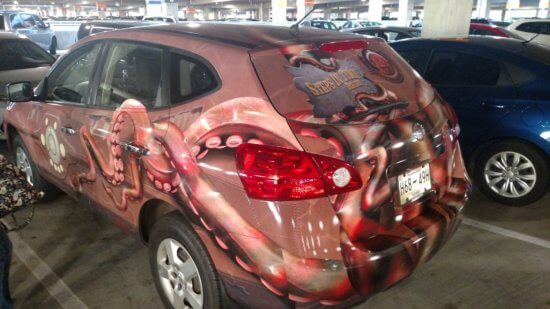 ITM: Aside from Goff’s “Nautilus,” what other exciting themed vehicles have you worked on?

TJG: Ever since I was hired by Chilton Signs, I have been able to flex my creative muscles when it comes to vehicle wraps and designs. It is always a delight when a client tells us, “Well, you’re the artist. What would you do?” That is when I truly love my job. Of course, not every client wants their car to look like a Steampunk Submarine, but we work with each of our clients to ensure the “message” they wish to convey is displayed on their vehicle, be it for business or personal. On those rare special occasions, we get someone who wants to replicate a movie or TV car and that’s when I get brought in to handle the design. The Nautilus is not our first Disney vehicle, but it is our first submarine. We have done vehicle wraps for The Pizza Planet Truck from TOY STORY, Lightning McQueen from CARS and even a Haunted Mansion themed wrap. Our other Pop Culture wraps have included: Star Wars, Jurassic Park and even Scooby Doo on a 30 foot RV. 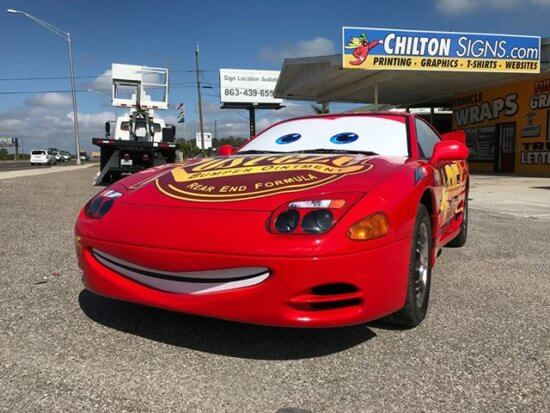 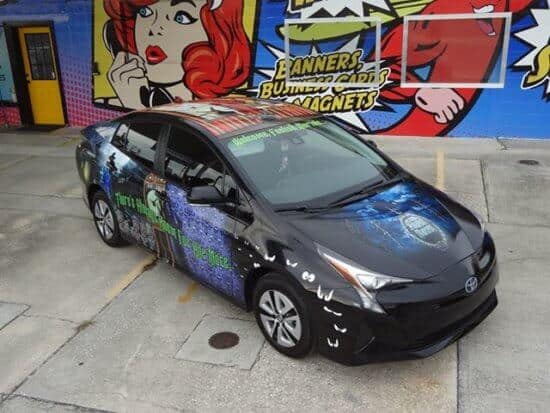 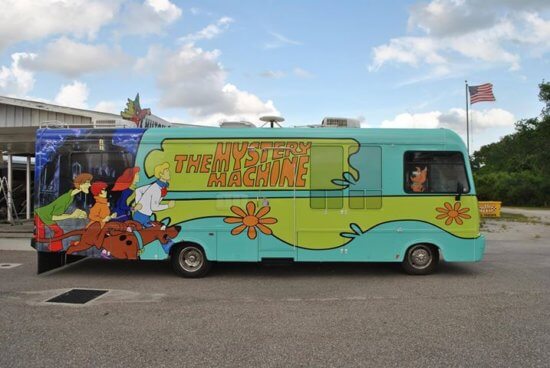 TJG: Unfortunately, I have to wait for the next challenge to walk through my door. I’d love to work on something from TRON. The look of those movies I think would make a cool wrap!

ITM would like to extend our gratitude to Thomas, RJ and Chilton Signs for sharing images and information about this exciting endeavor of at home Imagineering.  Be sure to follow Thomas and his work at Chilton Signs by liking their Facebook page and surfing over to their website.  Their YouTube location channels video of some of their more spirited projects:

“The best part of this whole project was seeing the joy on RJ’s face as he saw his car transformed into a brand-new vehicle. That’s what makes me happy. Making my clients… or friends speechless over something I have made for them.” – Thomas Galvin 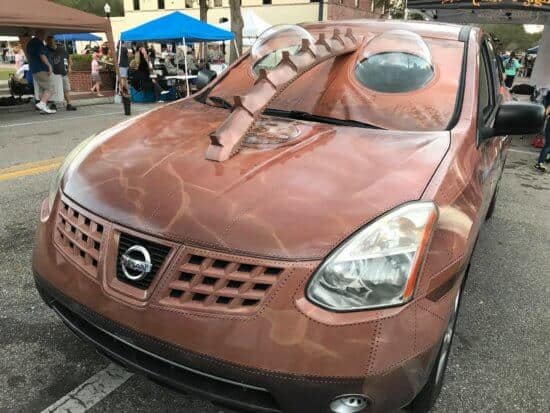 Do you have a home-grown POP culture, movie or theme park project you’d like to share with the readers of Inside the Magic?  If so, please contact Michael Gavin with details.