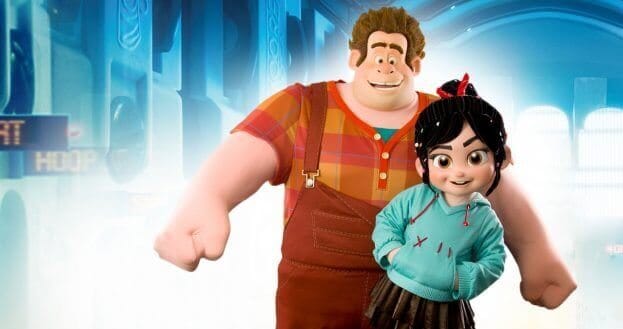 Ralph and Vanellope von Schweetz will visit the internet next month when Disney’s “Ralph Breaks the Internet” hits theaters, and they’ll also be making appearances at Disneyland Resort and Walt Disney World to celebrate the new movie.

Starting November 9, guests can encounter Ralph and Vanellope in Hollywood Land at Disney California Adventure. On the opposite coast, the pair arrives at Epcot’s Innoventions West starting November 21, the same day “Ralph Breaks the Internet” opens in theaters.

Also at Epcot this winter, the characters will have regular encounters with guests in the ImageWorks area of the Imagination! pavilion. According to Disney, “a new experiment will soon be underway at the Imagination Institute, creating a portal into other dimensions” that allows Ralph and Vanellope to step through the portal and into the park to meet their fans.

Both Vanellope and Ralph have previously appeared in Disney Parks. Below, you can take a look at their meet and greet at Disney’s Hollywood Studios from 2012.

In “Ralph Breaks the Internet,” the pair (voiced by John C. Reilly and Sarah Silverman) embark on an adventure inside the internet to find a spare part required to fix Vanellope’s game, Sugar Rush. Along the way, they encounter residents of the internet like Yesss (Taraji P. Henson) and KnowsMore (Alan Tudyk) and Vanellope has a highly-anticipated meeting with all the Disney Princesses. The new movie is a follow-up to “Wreck-It Ralph,” which hit theaters in 2012.

Be sure to catch “Ralph Breaks the Internet” when it opens on November 21, 2018, and look for the characters at Disneyland Resort and Walt Disney World starting next month, too.

For more on the new movie, take a look at our interviews below.