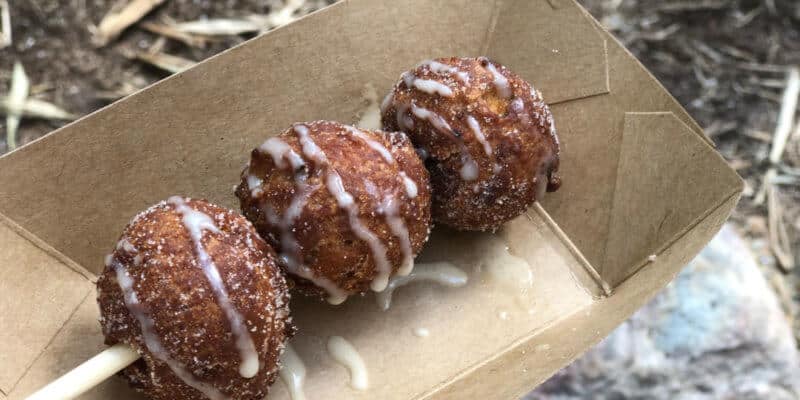 Disney vacations provide guests with magic at every turn. With exciting attractions, relaxing amenities and so much more, there is sure to be something for everyone. And if you’re anything like me, your favorite part of the trip will always be the food and maybe some food inspired merchandise.

Some of Disney’s snacks are nothing short of legendary. The Mickey Pretzel, The Mickey Premium Bar and the Dole Whip are just some of Disney’s most famous options. But if you’re only trying the classic snacks when you visit Walt Disney World, you are really missing out. Between their theme parks, their resort hotels and their dining and shopping districts, Disney has all kinds of amazing snacks to offer. Let’s take a closer look at one of those lesser-known offerings. 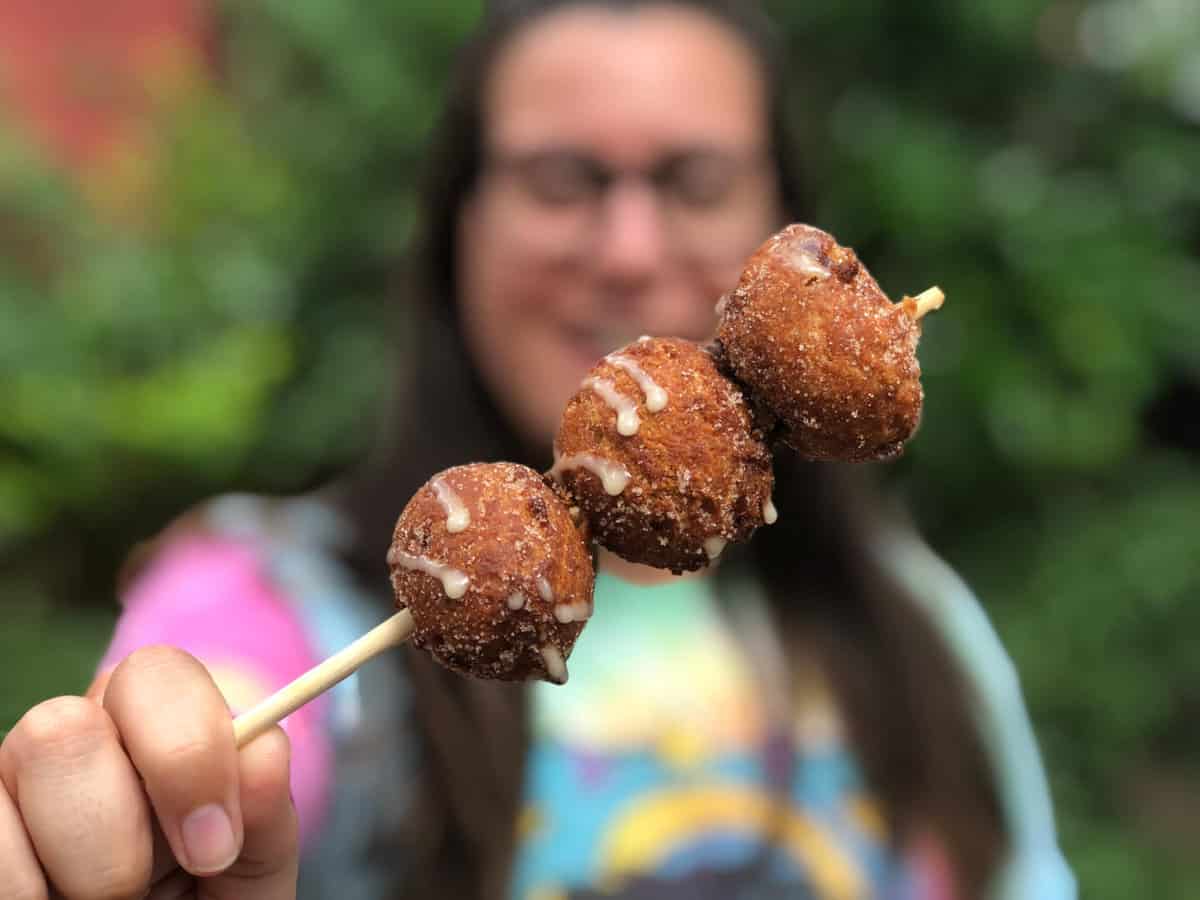 Next to Epcot, Disney’s Animal Kingdom might just be the absolute best place to be in all of Walt Disney World if you’re looking for some tasty treats and exotic flavors. With Disney’s recent addition of some sweet fall treats, there are even more delicious options at the youngest Walt Disney World park.

One of those new options is the delicious Apple Cider Donut Holes, which can be found at Isle of Java in the Discovery Island section of the park. If you’re like me, you might be asking yourself, “where is that?” or saying “I always thought that was just a Joffrey’s location.” Well, it’s not, and it’s actually very easy to find. As you head from the Tree of Life to DinoLand U.S.A., Isle of Java will be on your left. 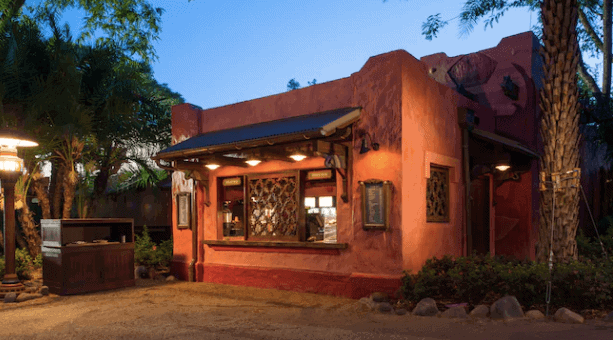 Isle of Java offers all kinds of tasty pastries and refreshing beverages, and of course coffee. The most recent addition though is definitely one not to be missed. The Apple Cider Donut Holes are delicious and the perfect snack to wander the park with.

One serving includes three donut holes served on a skewer, for easy on-the-go snacking. Each bite is packed with apple flavor and even tiny bits of apple (which really caught me off guard). The donut holes are rolled in cinnamon sugar and topped with an apple cider glaze that adds a sweetness that will have you wanting more. 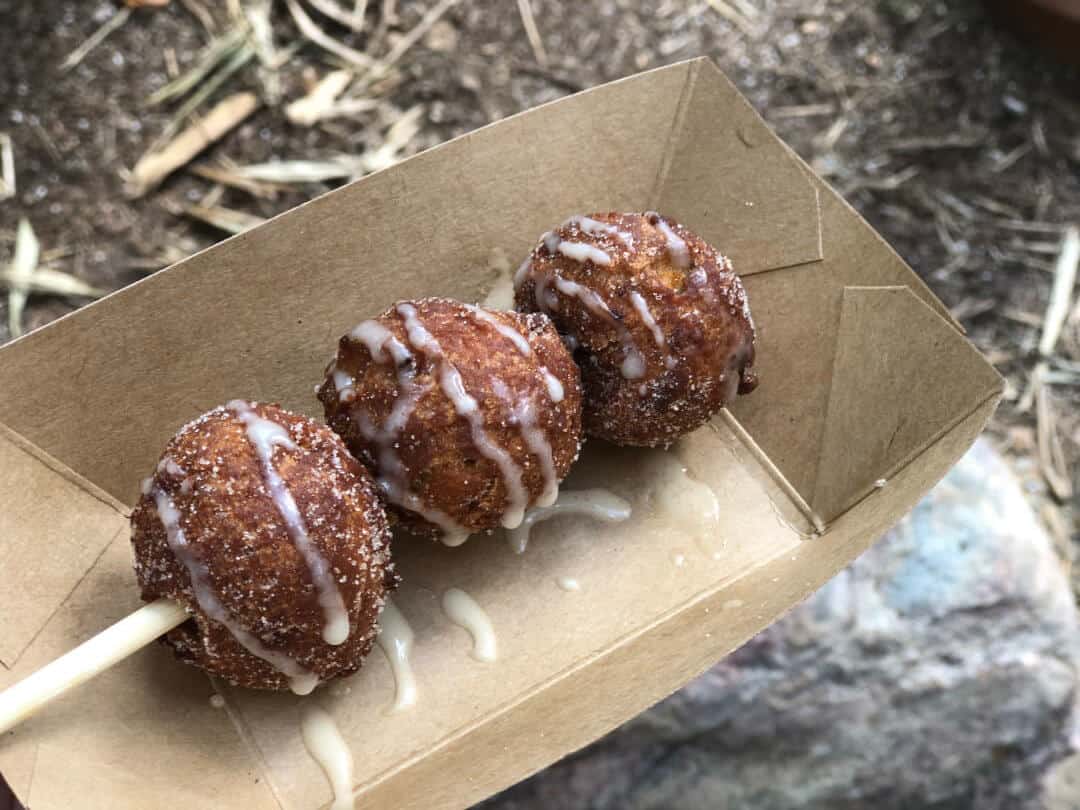 In a park with a lot of delicious meals to choose from, the Apple Cider Donut Holes are a fantastic small snack option. If I have one complaint about the new snack, it’s just that you don’t get enough of them. Which, I suppose, is always going to be my complaint with a snack I enjoy as much as this. Bottom line, if you’re in the Animal Kingdom, I highly recommend you try the Apple Cider Donut Holes.

Be sure to check back with Inside The Magic for more Disney Snack Reviews in the future as we venture out to try all the unique snacks Disney has to offer! And be sure to check out these other recent reviews: The Peter Pan Float, Baton Rouge Beignets and Bacon Macaroni & Cheese Spring Rolls!

Have you tried the Apple Cider Donut Holes? What did you think? Let us know in the comments below!