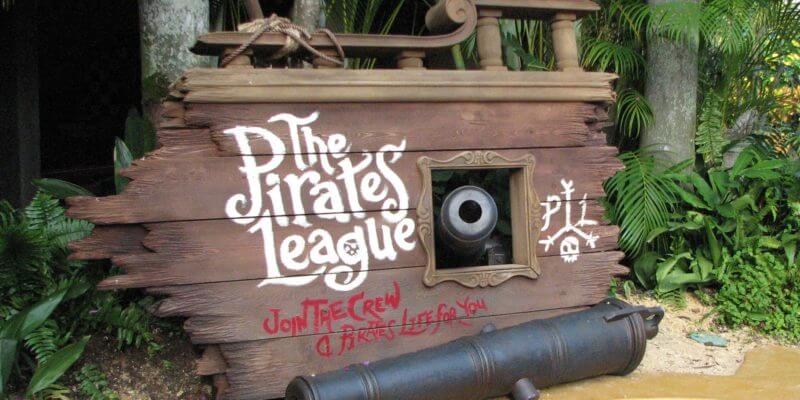 Giving would-be buccaneers a chance to live the adventure, Pirates League first docked in Adventureland at Walt Disney World (FL) during the summer of 2009.  This Magic Kingdom-based transformation experience set sail with a trio of swashbuckling selections: First Mate, Empress, and Captain.

Capturing the excitement of classic Pirates of the Caribbean attraction and film franchise, feeding the passion for pirates has never been easier. By way of the Pirates League, along with Captain Jack Sparrow’s Pirate Tutorial, aspiring buccaneers have ample access to the pirate’s life at Walt Disney World’s Magic Kingdom. 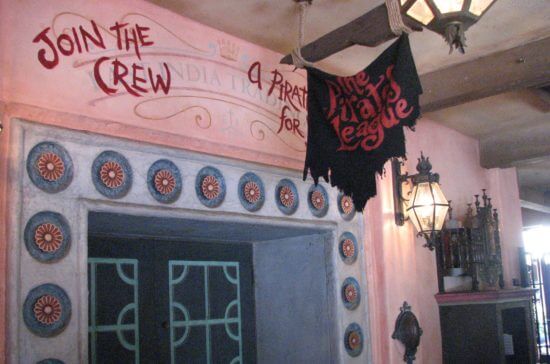 Behind oversized doors with the words ” Join the Crew” and “A Pirates Life for Me,” the Pirates League welcomes recruits. Upon entering, Guests are greeted with a gleaming treasure trove of pirate plunder and “artifacts.”  Once the proper package is selected, the excitement begins. After a hefty spin of the wheel, the perfect pirate name is procured.  And after an appropriate nautical name and desired appearance have been selected, creative Cast Members perform their make-up magic. 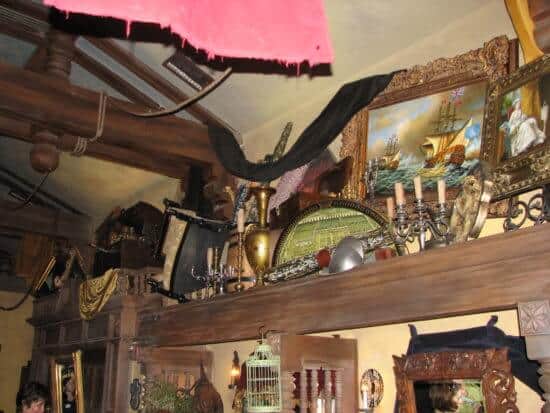 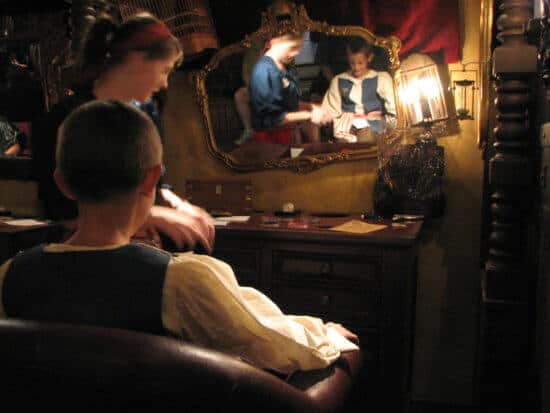 In celebration of a new crew member, a mighty “Yo-Ho!” heralds the new pirate, empress, or mermaid’s arrival once the transformation is complete.  Next, it’s off to the super-secret pirate room for a special surprise.  A pirate’s oath, photo op, and parade around Pirate’s Plaza complete the Pirates League experience. 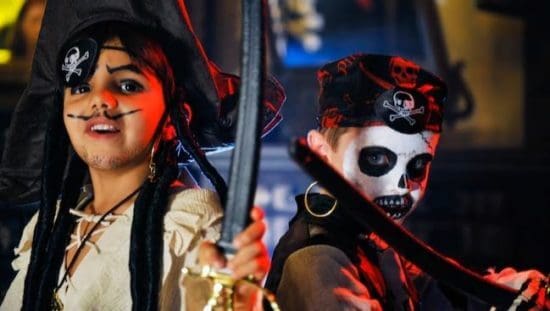 Uma Package
For a limited time, transform into Uma—the daughter of Ursula—inspired by the character from Descendants 2.
$19.95 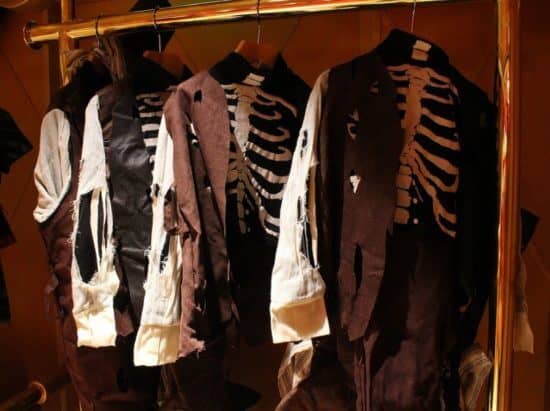 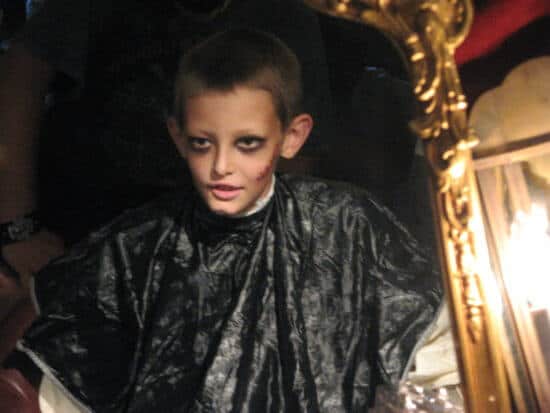 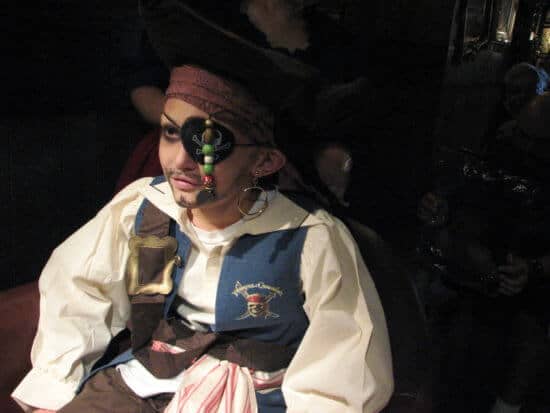 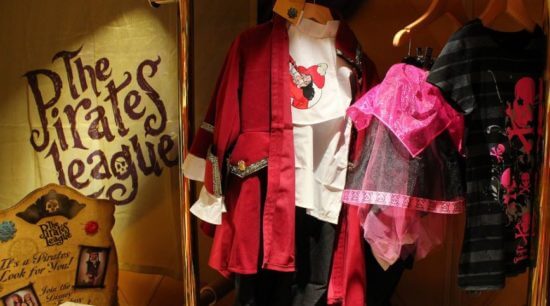 There be pirates on board! Additional adventures await onboard Disney Cruise Lines.  At the appointed time, the Princess-powered Bibbidi Bobbidi Boutique“>Bibbidi Bobbidi Boutique gets boarded by buccaneers to become the Pirates League.  During selected “Pirates of the Caribbean” nights, Pirates League offers its treasure trove of transformative temptation for would-be buccaneers of all ages.

Like Cinderella Castle’s (and Disney Spring’s) Bibbidi Bobbidi Boutique, Pirates League offers magical make-overs that inspire young imaginations. This enchanting experience requires a bit of planning. However, parading as an empress, pirate, or mermaid while enjoying a Walt Disney World Resort or a Disney Cruise Line escape is sure to leave lasting memories for a lifetime. 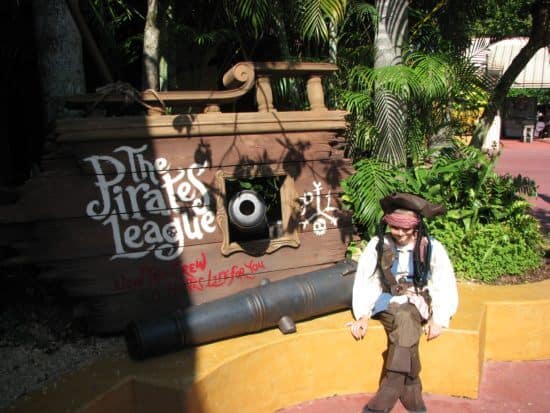 Related : The Pirates League at the Magic Kingdom Is Ending This Summer