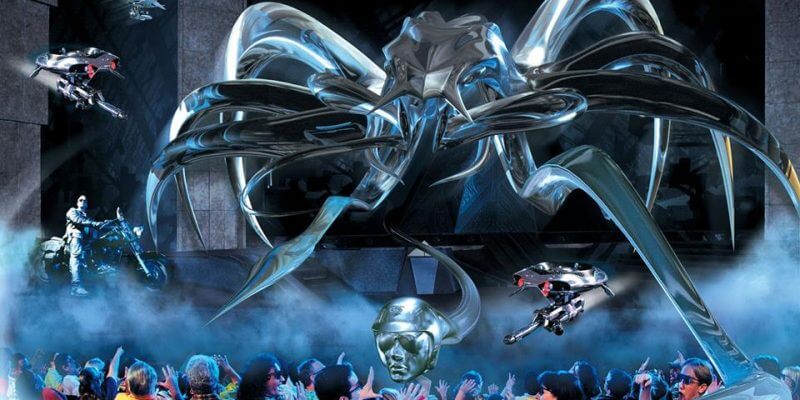 Universal Orlando announced the closing of Terminator 2: 3D, which will be replaced with a new franchise attraction in 2019. From their press release:

Terminator 2: 3-D at Universal Studios Florida will run its last shows on Sunday, Oct. 8 to make way for an all-new live action experience based on a high-energy Universal franchise. It will open in 2019.  This is one of many exciting new experiences coming to Universal Orlando Resort as we continue our epic growth.

Universal Pictures’ biggest franchises and films include the following, some of which already have attractions in the park:

Universal described the new attraction as high-energy, so the “Bourne” series could be a good candidate. According to the LA Times, it’s one of the Top 25 most powerful film franchises. There are four films in the series and it’s made a total of $1.2 billion to date at the box office.

It’s also possible they’ll build on the Dark Universe franchise. For example, “Bride of Frankenstein” is due in theaters in 2019. There are also two big yet-to-be-named event movies coming that year.

In the horror genre, Blumhouse Productions recently partnered with Universal for Halloween Horror Nights, so it’s possible we’ll see an attraction based on one of their many huge hits (The Purge, Paranormal Activity, Insidious, to name a few). Another option is “Glass” (2019), the follow-up to M. Night Shyamalan’s successful film “Split.”

If they decide to build around a more family-friendly movie, “The Secret Life of Pets” and “How to Train Your Dragon” are good options. Neither film is completely owned by Universal, but “Pets” floats already appear in the park’s Superstar Parade. Which franchise is the best candidate for a new attraction at Universal Orlando?