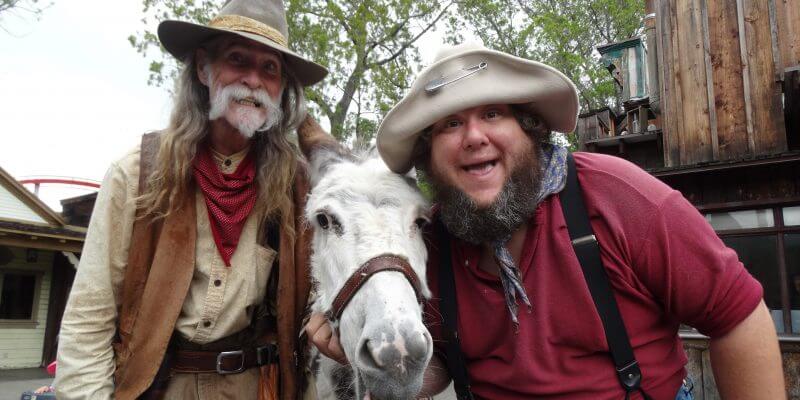 At Star Wars Celebration 2017 in Orlando this past April, Disney revealed that the upcoming Star Wars expansions currently being added to its resorts on both coasts would be deeply immersive experiences, meaning that guests won’t just be riding Star Wars rides and buying Star Wars merchandise– they’ll be living Star Wars.

The immersive theater form, as we’ve explored in great detail here at Inside the Magic, offers participants the opportunity to interact with characters and stories in a way that far exceeds what fans are used to. Instead of watching a show unfold in front of you, the audience has the opportunity to become a part of the show. Of course there have been plenty of small-scale examples of this technique through the years in theme parks around the world (yes, including Disneyland’s 2014 game Legends of Frontierland), but none even approaching as in-depth as what Disney has planned for Star Wars– or what Knott’s Berry Farm is already doing with Ghost Town Alive!

Located just seven miles northwest of Disneyland in Buena Park, California, the Knott’s Berry Farm theme park predates Walt’s original Magic Kingdom by a number of years as well, starting with its Ghost Town attraction in 1940. Since 1955 the two parks have been friendly local rivals, although Knott’s legacy is often overshadowed in the public eye by its mouse-powered kissing cousin.

With the more recent success of the Knott’s Scary Farm Halloween haunt event (inaugurated in 1973 and growing in popularity every year since), the park and its new owners Cedar Fair have acquired the capital to invest in turning Knott’s into a higher-profile year-round attraction, with featured events like the annual Boysenberry Festival and even Knott’s Merry Farm at Christmastime. And now, beginning last summer (2016), Knott’s has been hosting the seasonal immersive experience Ghost Town Alive! 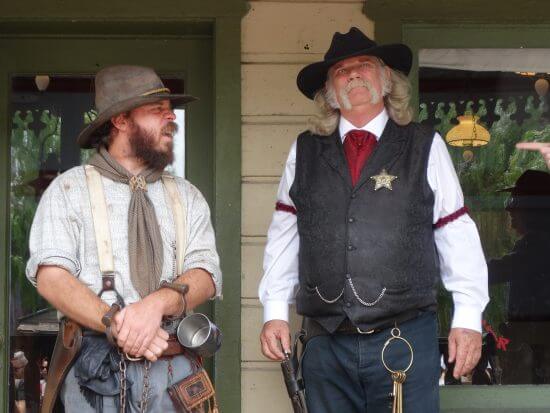 Entirely located within the confines of Knott’s Ghost Town area– and in the heavily fictionalized recreation of the mining town of Calico, California, entering Ghost Town Alive! is a bit like stepping backward in time. Imagine visiting a colonial-themed village like the one in Williamsburg, Virginia but set in the Old West, and with a running plotline that incorporates dozens of characters and takes a full eight hours to complete.

Yes, it’s even a little bit like that 1970s Michael Crichton movie (and recent hit HBO series) “Westworld,” but with real live actors instead of robots and many, many more children among the guests. 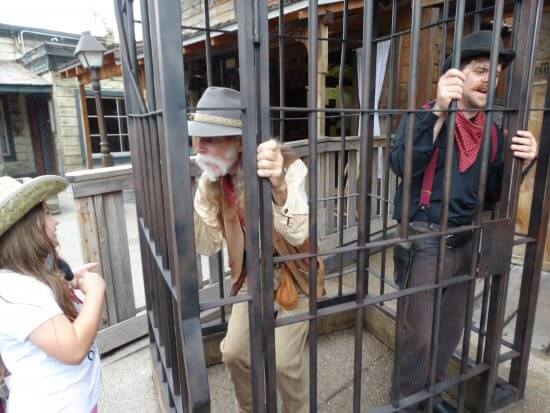 The story begins right where last year’s Ghost Town Alive! event left off– with members of the Mayfield family in jail just outside the sheriff’s office, still serving their year-long term for the crimes they committed the summer before during Calico’s Founder’s Day celebration. Sheriff Wheeler has resigned himself to letting the Mayfields go free, considering they have served their time. Naturally, the gang gets up to their no-good shenanigans again pretty quickly, and it’s up to the deputized citizens of Calico (read: Knott’s Berry Farm park guests) to help local law enforcement round up the gang once again.