In Disney's Star Wars Land, your choices will matter - on rides and throughout the fully interactive theme park expansion - Inside the Magic 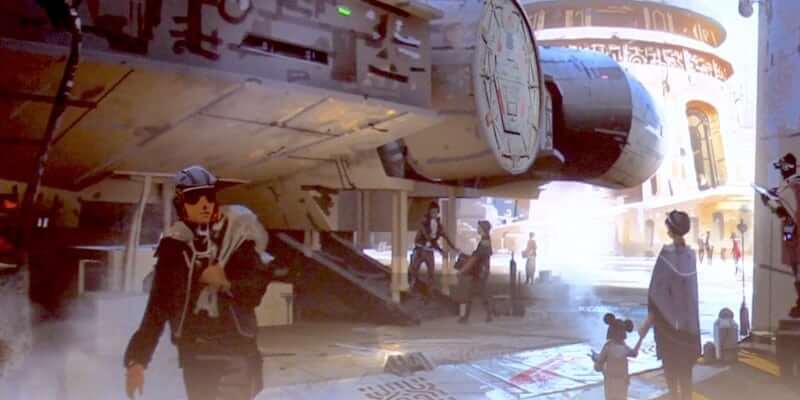 Disney has revealed new details about how they are paving new ground with the Star Wars Land expansions of Walt Disney World and Disneyland.

Imagineers have partnered with Lucasfilm designers – the very same ones who are creating the latest installments of the “Star Wars” cinematic universe – to create a theme park land unlike any other, one that truly will live up to its “immersive” description. At Star Wars Celebration 2017, the group leading the project revealed new details about how deeply interactive the experience will be for each guest.

“Your choices matter,” said Imagineer Asa Kalama, who plays an integral role in the development of the interactivity guests will enjoy as part of these still unnamed Star Wars Land experiences.

Some of Disney’s best Imagineers have been tapped to bring the “Star Wars” universe to life in their theme parks at a rapid pace, with lands opening on both coasts in 2019.

When guests step foot inside, they will be surrounded by a new “Star Wars” story – their story. And each move they make will make an impact on how the experience plays out. Imagineers have been vague about what exactly this means thus far, but during the panel a few new details were given. 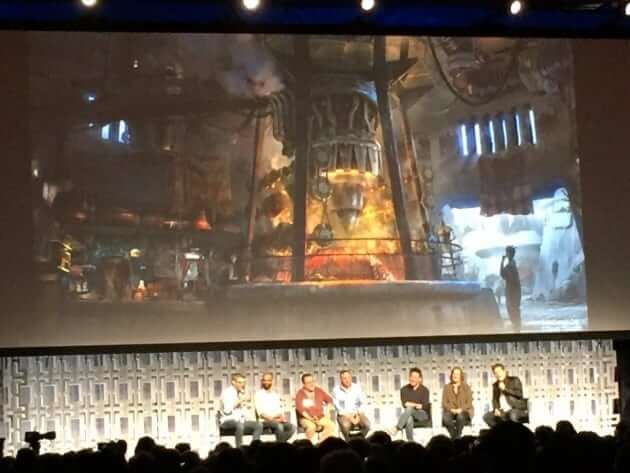 Guests boarding the Millennium Falcon ride will have the opportunity to work together to command the space vessel – for better or for worse. Choices made on the ride, whether they end in a successful lightspeed trip or a crash landing, will impact guests when they step off the ride. 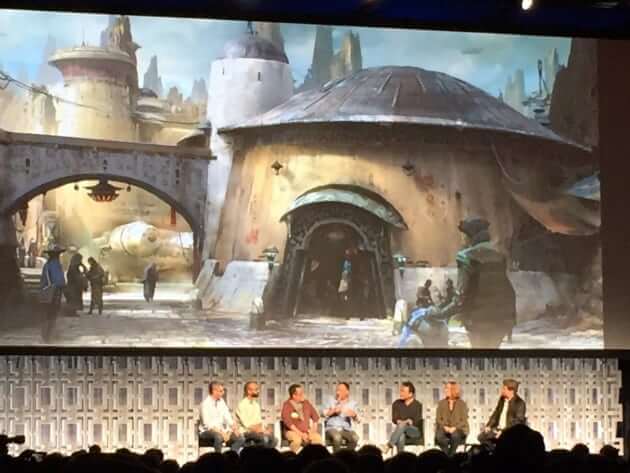 For example, as they step into a “local watering hole” to grab a glass of blue milk (yep, they’ll have that), guests may find themselves on the wrong side of the local crowd if they made poor choices on the ride. A bounty hunter may even be looking for them. Or perhaps as you shop a marketplace, you’ll come across roaming droids and other interesting characters that force you to make decisions. 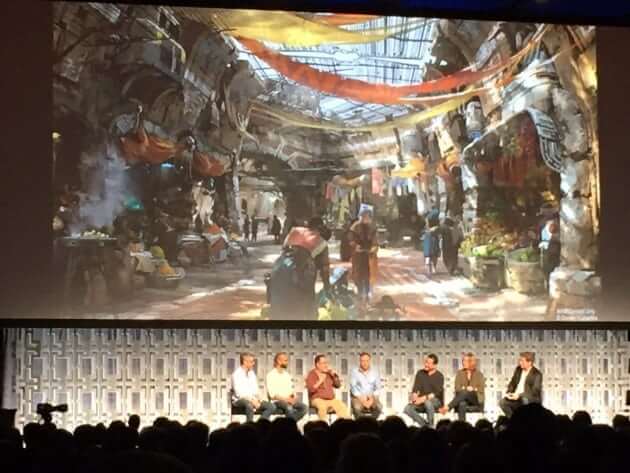 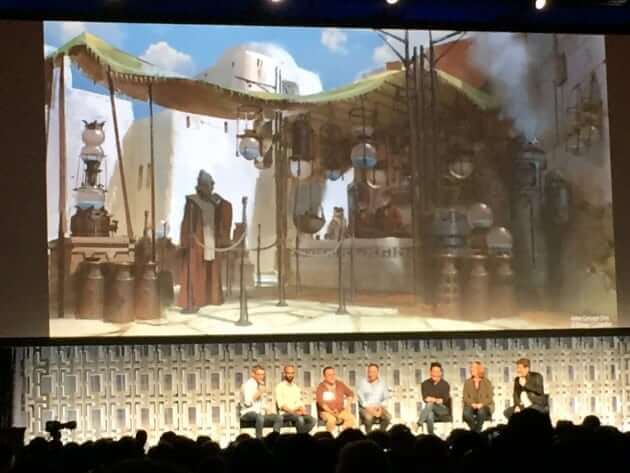 A reputation will follow guests, potentially tracked and catalogued by Disney’s ever-growing MagicBand technology. And that reputation will impact how the entire story shapes around them.

If all this sounds a little familiar – it’s because Disney already tested the idea in the parks.

Guests who took part in the Legends of Frontierland interactive experience at Disneyland already had a taste of what it is like to follow a storyline, interact with characters on a deeper level, and reap rewards for their efforts (or face the consequences).

Disney didn’t offer any other examples, but it’s not hard to imagine the vastly exciting implications of essentially gamifying the “Star Wars” universe. Characters could be very interested in speaking with you – or shrug you off if you have rubbed them the wrong way. And what you see and do could change entirely depending on who you “are” in this world.

It’s unclear right now how Disney intends to have this personalized entertainment system scale to thousands of guests who will no doubt be spending time in Star Wars Land when it opens on both coasts in 2019. But they did say this concept goes much deeper than what they have discussed and more information will be delivered at the D23 Expo in Anaheim in July 2017.