Test Track at EPCOT holds many secrets, some having to do with this attraction’s rich history and former life as the World of Motion pavilion. Once you start looking closely, you’ll notice tributes everywhere on this ride!

The throwbacks to World of Motion – a slow-moving “OmniMover” ride in the vein of Spaceship Earth that originally occupied the building now used for Test Track – start outside.

Like all EPCOT Center pavilions, World of Motion had its own logo that looked like a backward “C” in a circular shape. It can be seen today as an oversized background on the banners outside the ride. 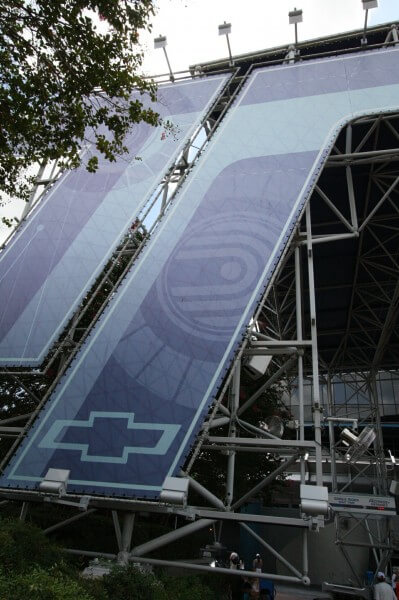 The logo is also visible atop the signage for wait times.

Even the trashcans sport the logo on one side. 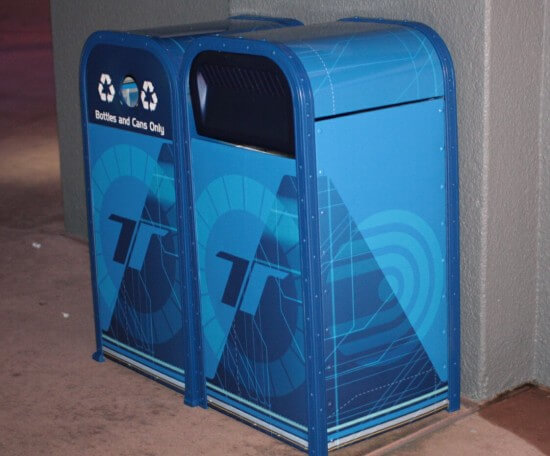 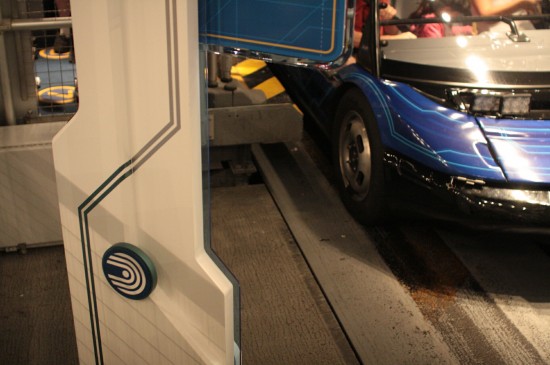 Since the theme of Test Track is about automobiles, it’s only logical that a tribute to the Disney movie CARS would appear here. The phrase “turn right to go left” comes straight from the movie and appears in the zigzag mountainous scenes in the ride. 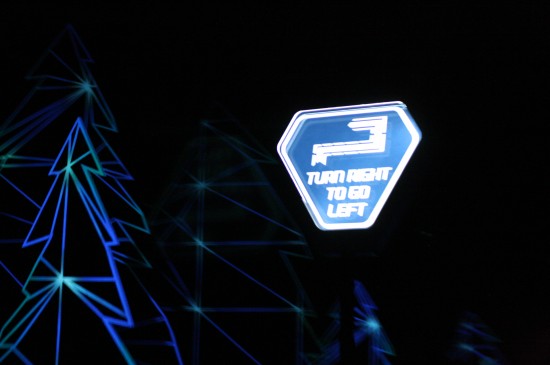 Once your car bursts outside, keep a sharp eye out for signs. Several of them hold hidden meaning! The first one reads “82” in recognition of 1982, the year EPCOT Center opened. 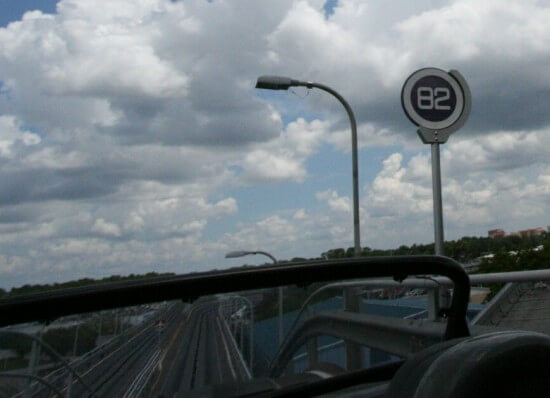 The next sign shows a picture of a futuristic city, which echoes a model of the same future city seen earlier in the ride right after the brake test. Both are actually tributes to World of Motion, which included a show scene for CenterCore, a future city with spiraling buildings. 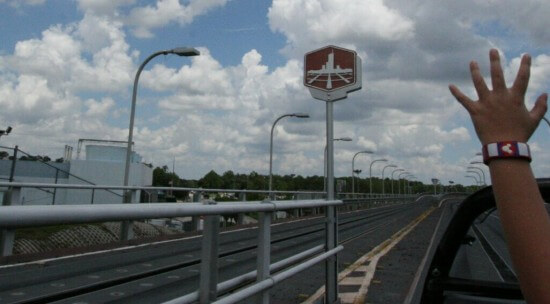 The third sign is the most interesting. It holds the familiar World of Motion logo and includes the letters “FN2BFRE.” When spoken aloud, they say “Fun to be Free,” the name of the theme song for World of Motion heard throughout that former attraction. 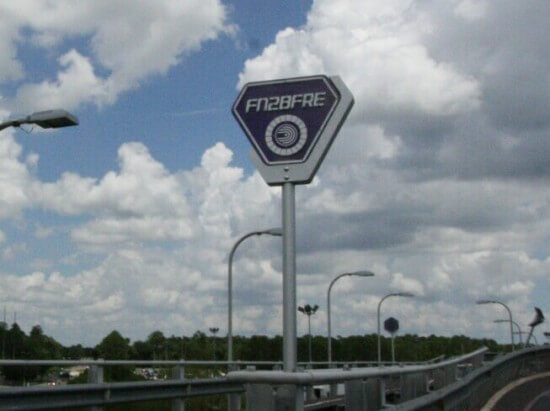 But the biggest secret in Test Track hides inside, back in the scene that shows riders their own car in a mirror. On the opposite wall is a schematic of a test vehicle, and lights sweep across that wall as if performing a scan. The scanning lights illuminate the background briefly, and visitors can spot words written here. Some of it is basic press release type information about the Test Track attraction, but there are other hidden details here. 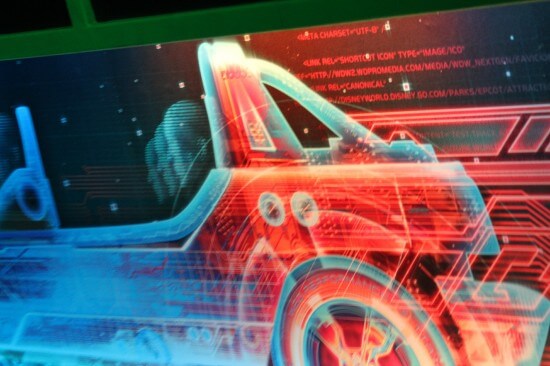 The tires have “WED Performance” inscribed on them, in honor of W.E.D. Walter Elias Disney’s initials and the original name of Walt Disney Imagineering, the division of the company that built theme parks. 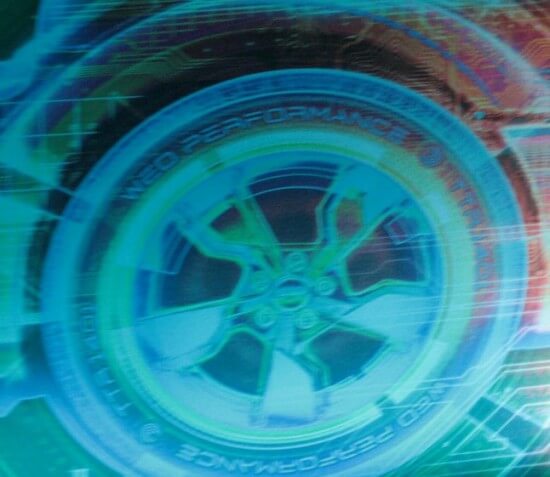 Near the top is a curious thing: an Internet address given as a URL. You might think about it. First, it was a careless inclusion of just any old text, but if you type in the whole URL – http://wdw2.wdpromedia.com/media/WDW_NextGen/favicon.ico – you’ll find a small Mickey Mouse icon. In other words, this hard-to-see text is a “Hidden Mickey,” perhaps the most hidden one of them all! 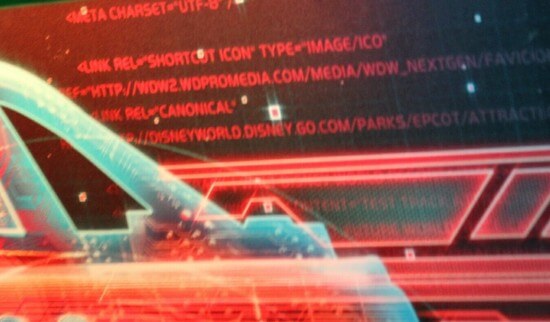 Related : As More IPs Come to EPCOT, Test Track Could Get a ‘Cars’ Retheme

After working for 15 years at Disneyland, Kevin moved to the East Coast, where he has been a weekly visitor of Walt Disney World since 2004. Kevin is the author of the second edition of Walt Disney World Hidden History (2014). This softcover book tracks Disney’s “hidden history” — remnants of former attractions and tributes to Imagineers and other Disney officials — hiding in plain sight in the parks. The book’s second edition has 164 new entries, almost doubling the number of remnants and tributes discussed in the first edition.