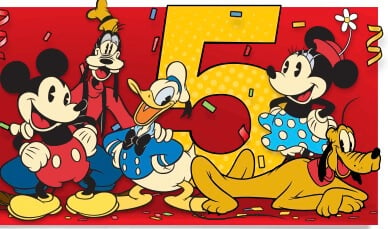 From the D23 Expo to Destination D to the Walt Disney Archives to movie premieres and more, Disney’s official fan club has offered many exciting events over the past five years.

D23 now celebrates their fifth anniversary with a video that captures many of those unique moments: Over the past five years, Inside the Magic has covered countless D23 events and special happenings, highlights of which are included in the videos below. It’s been a truly thrilling time to be a Disney fan and with another Destination D event coming up in November and another D23 Expo next year, there’s much more in store.

Disney Princess voices sing together at the 2011 D23 Expo

Kermit and Rowlf sing “Rainbow Connection” at the 2011 D23 Expo