The wonderful world of Disney may have all started with a mouse, but it wasn’t long after Mickey’s debut that the first dolls, watches, and other merchandise were created. Over more than eight decades, Disney has sold countless items to collectors, from early apparel to today’s trading pins. When Christmas time rolls around each year, it’s a chance for fans to ask for the latest and greatest pieces of Disneyana, hoping Santa will come through.

But it can be tough to narrow down the vast options to a select few favorites to pass along as gift recommendations to friends, family, and the big man in red. Likewise, it’s tough to buy for a fan who seems to own everything Disney. So the list below is my compilation of some of the newest Disney items for 2011 that not only will please collectors but are also likely not already in their collections. And mixed in are a few recent favorites from prior to 2011 that couldn’t be overlooked.

(Note: All the products below are linked to Amazon or Disney Store via affiliate programs, which means if you purchase any of these items, or any other items after clicking one of these links, Inside the Magic will get credit for your purchases and receive a small percentage in return. It all helps to support us! Thanks.)

When The Muppets return to the big screen on Wednesday, fans around the country will temporarily forget about the upcoming turkey day to flock to theaters and enjoy the new film. And as with any new movie, Disney is there with plenty of merchandise to back it up. (Yes, for those not aware, the Muppets are owned by Disney.)

Traveling Matt and many of the other Fraggles are also available as both plushes and hand puppets, all on Amazon.

Next year Disney will celebrate 75 years of filmmaking, which leaves thousands of titles for a Disney fan to choose from to add to a movie library. But for this Christmas list, two stand out as must-haves for me. 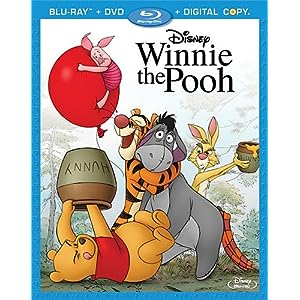 And to go with the films, particularly Winnie the Pooh, Disney fans should ask for one album that unites so many memorable tunes throughout decades of movie and theme park history:

In recent weeks, Disney has released two games that bring various aspects of movies and theme parks to home video games. One faithfully recreates Disneyland park down to every last detail and the other simply allows for random frenetic character-inspired fun.

A slightly older game has also seen a dramatic decrease in price, bringing a theme park attraction to your living room:

You could fill an entire library with books written for or about Disney. Below are three very different titles, each worth owning for different reasons. One is new, one is somewhat new, and one is older but a must-own for any Disney fan.

Disney has many, many, many toys available. But only one has made it to my Christmas list this year.

Families looking to play together can enjoy the latest edition of a popular board game, designed so even the biggest Disney trivia nut won’t completely dominate their competition:

Even Disney fans can be stylish and one of the latest trend is a line of handbags from a popular designer:

Disney fans often like to show off their love of the company by wearing a variety of shirts, and Disney keeps getting more creative with the clothing that’s available.

Despite the fact that it’s November and still 80+ degrees outside here in Florida, there are plenty of parts of the country that are cold. And Disney recently unveiled one warm hoodie that will take everyone to infinity and beyond:

And despite it being Christmas, Halloween fans like me may still be lamenting the spooky season being over. Fortunately, Disney has one unique shirt that’s on sale (and will be going on my list):

When all else fails, there is one gift that is always the perfect present for any Disney fan: