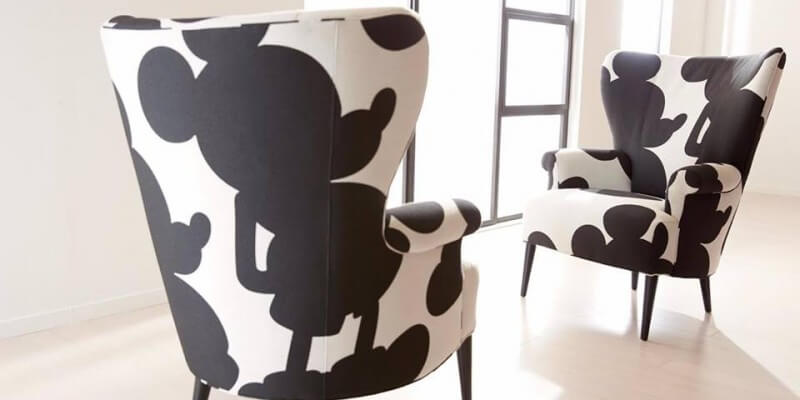 Disney merchandise rocked 2016! Items from inside Disney Parks–as well as outside–had shoppers happily emptying their wallets throughout the entire year. Before we usher in 2017, I thought it would be fun to take a look back at the year’s top 10 most-viewed merchandise posts that had us begging retailers to take our money. Here we go: Disney shoes are one item that most merchandise fans get really excited about. This Ariel pair came out early in 2016 and “kicked” off the trend–yes, I went there. Unfortunately this pair sold out and is no longer available, but you can find plenty of other cute Ariel shoes from Hot Topic right HERE. 8. Dooney and Bourke collections: Beauty and the Beast, Alice in Wonderland & Dumbo The release of these three Disney character themed Dooney and Bourke collections from Disney Parks really got our readers excited! With a new live-action Beauty and the Beast movie debuting next year, it’s easy to understand why Belle and her friends are so popular. The force is strong with this Death Star popcorn maker! With the excitement of the new Star Wars movie, Rogue One, it was no wonder people wanted to bring a piece of Star Wars with them home. You can still purchase this popcorn maker right HERE Put the phrases Haunted Mansion, Trader Sams, and limited edition together, and you will have Disney merchandise fans go crazy! People lined up for hours just for the chance to buy one of these Hitchhiking Ghost mugs at Disneyland and Disney World.

Shoe brand Vans is no stranger to Disney fans now that they have released multiple Disney collections, but the Toy Story collection may have been the most highly anticipated of them all. With the company being very “hush-hush” about the collection, our first look at the designs gained tons of views! Minnie Mouse was a popular girl during 2016 with her own marketing campaign called #RocktheDots, where plenty of designers collaborated to bring her style front and center. The name that seemed to draw the most eyes from this campaign was the high-end brand, Kate Spade. Every Disney fashionista was dying to get their hands on the items from this collection! Our third most popular merchandise post of the year brought us back to the Vans Toy Story collection. When the official announcement finally came from Vans, it came with a complete look at the entire collection. Our readers came in from everywhere to get a pair for themselves! Minnie Mouse and shoes consistently featured in our list of the most popular merchandise items for 2016, and this Minnie Mouse collection by UGG Australia was one our readers certainly were passionate about! The boots with the cute polka-dot bows quickly sold out, and fans wrote to us in droves, asking where they could get a pair. With so many Disney fans out there in the world, you would think someone was already creating Disney furniture. Luckily for home decor heavyweight Ethan Allen it wasn’t so. In fact, their release of a Disney-inspired home/furniture collection in 2016 got Disney fans so excited that it became Inside the Magic‘s most viewed story of the whole year!

I want to personally thank you all for coming along with me on this Disney merchandise journey this year. Knowing that there are fans out there that are just as excited and passionate about Disney merchandise as I am has given me tons of joy! See you all real soon!