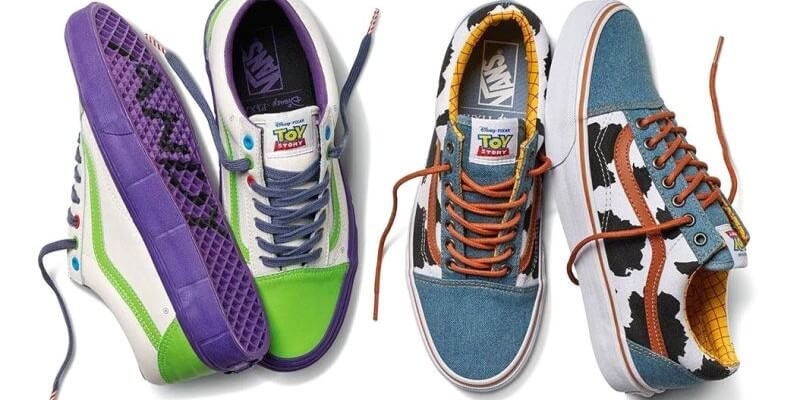 We knew it was coming and gave you a heads up days ago, but Vans announced that they will officially launch their new Toy Story line of footwear on October 7. The collection features a combination of classic silhouettes, Toy Story patterns and many of our favorite characters from the franchise. In the style that Vans typically brings to the table, this new line does not disappoint. I mean…Sid slip-ons. C’mon! I won’t be surprised if we see quite a few of these walking around the parks in the near future. Look for special touches like Andy’s signature on the bottoms of a few of the fashions. The famous cloud wallpaper lining the inside of others is another hidden but endearing quality. Clever references in style for some of the editions invoke the memory of favorite characters while keeping it cool. And for those who need more than themed “kicks,” there are also backpacks, hats and shirts to complete the Toy Story ensemble.