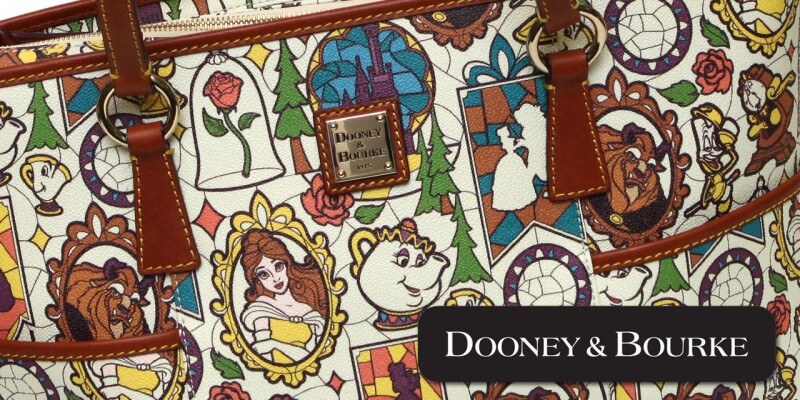 The Disney Parks Blog has announced the exciting news that three new Dooney & Bourke handbag collections are being released in August. All three collections will premiere on the Shop Disney Parks mobile app. This free app offers access to thousands of products found at Disney Parks which you can have shipped directly to your home. To download, please visit DisneyWorld.com/Shop. Here are details about each collection being released this month.

August 15
The highly anticipated Disney’s “Beauty & the Beast” collection will be released via the app on August 15. Look for a shopper tote, a letter carrier, and a wristlet. August 22
Three handbags inspired by Walt Disney’s “Alice in Wonderland” will be released on August 22 via the app. Titled “Tea Time,” this collection includes a wristlet, a letter carrier, and a shopper tote. August 29
This year, Walt Disney’s “Dumbo” celebrates its 75th anniversary. The film was originally released in October 1941, and has inspired classic Disney Parks attractions such as Dumbo Flying Elephants in Fantasyland. To celebrate this milestone anniversary, we’re releasing three handbags on August 29 via the app. The collection includes a shopper tote, a letter carrier, and a wristlet. Look for an anniversary-themed hangtag on select styles. As of now there are no known dates for in store releases at Walt Disney World or Disneyland.