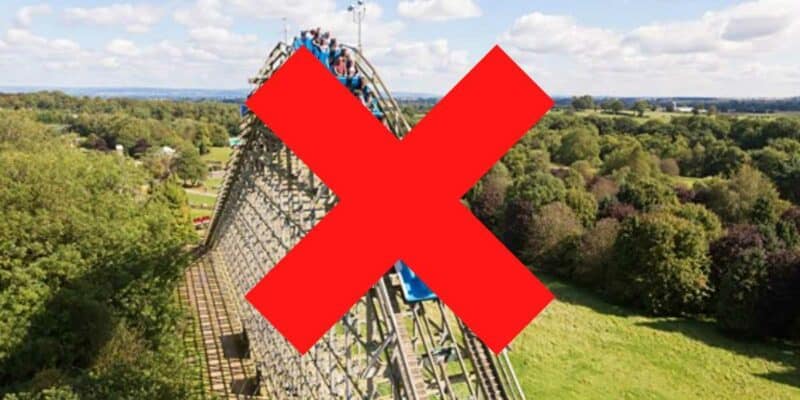 Not everything lasts forever…

Theme parks across the world welcome millions of Guests each year. Whether it’s a visit to try out a new attraction, a family tradition, or to experience a new type of vacation, the theme park is popular with all types of people.

And if there is one thing synonymous with theme parks, it is roller coasters. Coasters come in all shapes and sizes and are often the highlight of a Guest’s trip, especially for the thrill-seekers out there.

Sure, theme park fans may be all about the shinier attractions like Jurassic World VelociCoaster at Universal Orlando Resort’s Universal’s Islands of Adventure, and Guardians of the Galaxy: Cosmic Rewind at EPCOT in Walt Disney World, or with big name Parks like SeaWorld, Dollywood, and Six Flags, but for some roller coaster enthusiasts, The Ultimate at Lightwater Valley in the United Kingdom is drenched in nostalgia.

According to reports, the owners of Lightwater Valley — Brighton Pier Group PLC — have considered the future of the attraction, which has been closed since 2019, devoting much “time and effort” to the decision. CEO Anne Ackord said:

“The ride has been out of service for some years now and the process of assessing the viability of bringing it back into use was a long one.”

The theme park chief acknowledged The Ultimate’s long history and nostalgic status but continued by saying:

“Nevertheless, given both the investment required to bring it up to acceptable standards of safety and the re-imagining of Lightwater Valley as a family-orientated Adventure Park, we have decided to close The Ultimate permanently and remove it from the park.”

Like many roller coasters worldwide, The Ultimate has not been distanced from incidents. In both 1994 and 2014, a deer strayed into the path of the high-speed roller coaster and was hit by the vehicle. The 1994 incident left a 12-year-old boy in the hospital, while the one 20 years later resulted in the animal being decapitated and riders being showered in blood.

In recent years, Lightwater Valley has rebranded into becoming a true family-friendly adventure theme park, which adds further weight to the reasoning behind closing The Ultimate thrill attraction.

Have you ever experienced The Ultimate at Lightwater Valley? Let us know in the comments down below!