Who's Really Watching 'Bluey'? - Inside the Magic 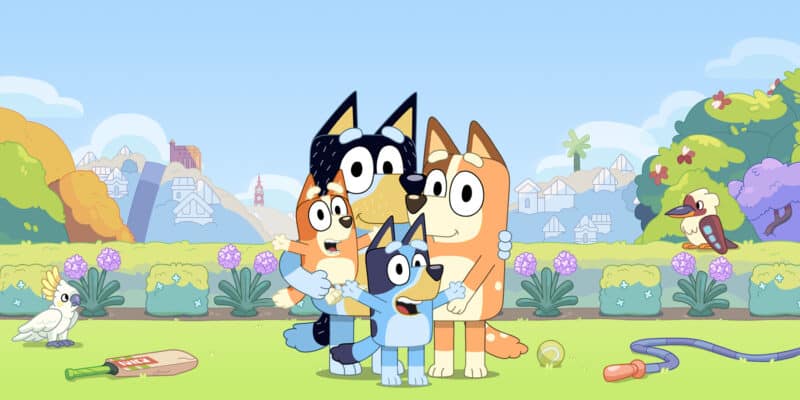 Disney fans come in all shapes, sizes, and ages. Whether it’s the preteen audience gorging themselves on marvel movies, young girls singing with their favorite princesses, or dad watching Star Wars in his man cave, to say there’s something for everyone on Disney+ is certainly an apt description. However, you’re never too old for good cartoons. Mickey, Minnie, and all their friends are readily available with their classic shorts, there is also a wide variety of nostalgic cartoons for those ’90s kids out there, but one animated series has taken subscribers by storm.

Brought from the land down under by Ludo Studios and distributed by Disney, Bluey has zoomed to the heights of popularity amongst the Disney fandom, spawning several TikToks, memes, fan theories, social media posts, and more. Naturally, the show is as popular with its young audience as one could expect, but surprisingly, it has a massive adult fanbase with a lot to say in the series’ favor. The argument could be made that the grownup fans of the little blue dog and her family far outweigh those in the younger demographic.  It’s a strange phenomenon that has many asking why.

RELATED: Steps You Can Take To Save Money On Your Disney Plus Subscription

The question was posed on Bluey’s Reddit forum, and fans were too quick to justify why an animated series meant for young kids has resonated so tremendously with an older generation.

u/No-Regret-1784 plainly listed out their reasons for falling in love with the show.

It is a GREAT example of GOOD parenting and I want to watch for ideas and encouragement.

I dig the “deep thoughts” and “theories” and things people want to argue about!

I want to watch Bingo and Bluey have a beautiful childhood with great memories of their parents. It’s a way of healing my inner child. I imagine lots of adults are healing when they watch this show. AND if it helps us parent better, we are healing generational trauma, too!

“It’s so sincere. Nowadays, a lot of shows cover themselves with as much irony as possible, or distill manufactured, hollow, saccharine moments. Meanwhile, the emotional events in Bluey never feel inauthentic, or sardonic, it’s always genuine in a way that’s accessible to anyone.”

While many Reddit users on the page share similar thoughts with the following reply, u/catilyin gets surprisingly personal with his reply. The user shares,

“29 guy with no kids. This show has given me a comfort that I needed in a tumultuous moment of my life. It reminds me of the potential love and warmth in this world. My parents loved me but never really played with me so it’s like a window into a lost childhood.”

“As a bonus, I had no idea how to interact with kids prior to watching this show. But after watching Bluey, I could easily play games with my nephew when I saw him over Christmas. We played keepy uppy but we also invented new games (this episode is called toll booth!) And I had fun doing it (but was EXHAUSTED after only 2 hours of it).”

The subreddit is full of similar thoughts and conclusions, and it only serves as further proof to how deep and emotionally complex such a simple premise can be. In the end, the series concerns a family of dogs seen through a puppy’s point of view, endearingly proving to be, as u/RandomCatto puts it, a comfy blanket for the viewer’s brain. Disney has always been in the habit of giving fans beloved animated characters for them to cling to, and Bluey and her family can count themselves amongst some of the best.

Have you seen Bluey? Tell us in the comments below!