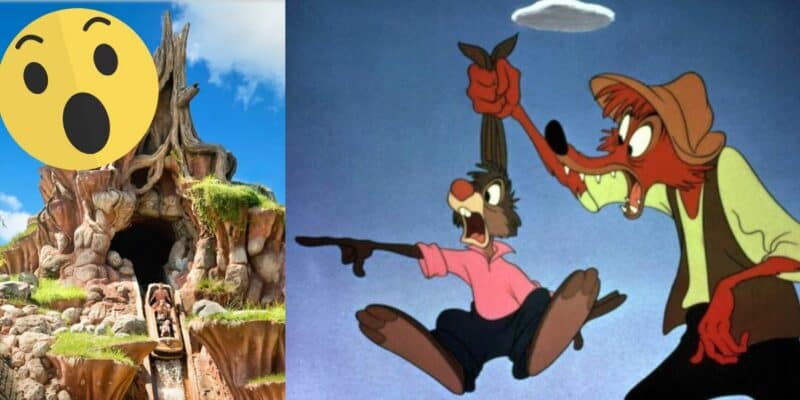 The closure of Disney’s Splash Mountain is inevitable. The attraction has three days left on its lifespan, and many Disney park guests are still in the grieving process. Although many commend Disney for wanting to tell a new story, update a decades-old attraction, and utilize a wider range of characters, there are arguably more that want to preserve Br’er Rabbit and his friends from the briar patch.

What many fans seem to forget is that Br’er Rabbit, Uncle Remus, and all the rest of the characters featured in the infamous Song of the South existed for decades, almost a century, before Walt Disney got his hands on them. The stories published by Joel Chandler Harris have been a huge part of American folklore long before the invention of animation. Disney just gave them a vessel on which they became better known in the public eye.

Related: How Long Will Fans Cling to Splash Mountain After Its ‘Princess and the Frog’ Retheme?

An argument can be made that the characters are better associated with the theme park attraction than they are with any controversial film, meaning that they could run the risk of falling into obscurity after the ride’s re-theming. However, there is one vocal historian adamantly in defense of preserving the characters, the stories, and Splash Mountain altogether.

@ShowcaseWishes recently replied to Disney’s Tweet announcing their Black History Month plans with a video from Ms. Georgia, a storyteller and historian at the Uncle Remus Museum in Eatonton, Georgia, sharing her thoughts on Splash Mountain’s closure. The storyteller shares her traditions and connection to the Uncle Remus stories, and how they were written in preservation of black history and heritage. What really strikes a chord is what Ms. Georgia ends her final statement before the video ends “This is our history and I don’t want to see it erased.”

Related: Splash Mountain Closes Next Week, But These Props Are Already Gone

When seen right above Disney Parks’ announcement of their Black History Month Events, Disney is definitely being called out for their literal erasure of what they are trying to celebrate and promote. The ride needs to be updated, that’s an undeniable fact. It’s in a state of decay and it needs a total reconstruction. However, Br’er Rabbit, Br’er Fox, and Br’er Bear shouldn’t be thrown out of the Disney Parks in one fell swoop. If they can’t find a new home in Tiana’s attraction, they would make excellent additions to the Uncle Remus Museum where they can be better preserved and displayed for future generations.

Is Disney erasing important history? Tell us what you think in the comments below!