Disney, Pixar Films Nominated For Award Celebrating Representation of LGBTQIA+ People of Color - Inside the Magic 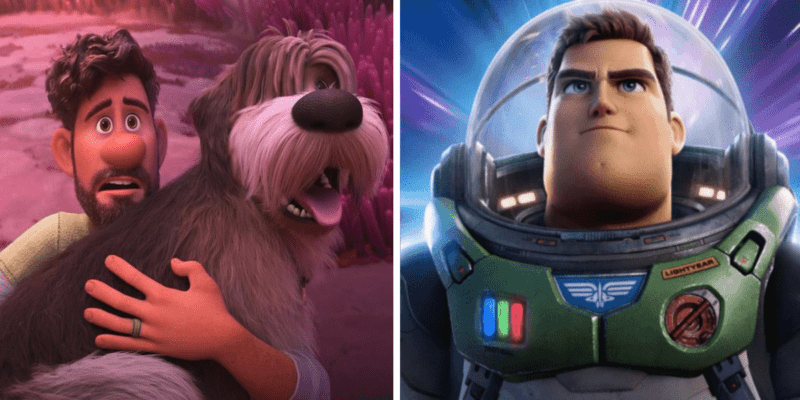 Two of The Walt Disney Company’s most recent films, Lightyear (2022) and Strange World (2022), were wrapped up in controversy before their releases.

After cutting a gay scene from Turning Red (2022), Pixar reversed course and included a once-cut lesbian kiss in Lightyear (much to the dismay of Tim Allen, the voice of toy Buzz Lightyear in the Toy Story series). In Strange World, animators proudly included a gay main character who openly talks about his crush on another boy with his father and grandfather. Over a dozen conservative countries banned both films.

Now, Pixar and Walt Disney Studios are being rewarded for their bravery in including LGBTQIA+ storylines. Both films are nominated for GLAAD’s Outstanding Film: Wide Release Award. They’re up against Nope (2022), Everything Everywhere All at Once (2022), Bros (2022), and Bodies Bodies Bodies (2022). GLAAD wrote:

GLAAD’s dedication to accelerating the acceptance, representation, and recognition of all LGBTQ stories is reflected in the sheer diversity of this year’s nominees. The nominations include media that represents not only a wide range of LGBTQ identities, but which also feature numerous LGBTQ people of color from a variety of cultural, ethnic, and racial backgrounds.

Directed by Angus MacLane, Pixar’s Lightyear is an all-new take on the actual Star Command hero behind our favorite toy. From Disney:

Which film do you think will win the GLAAD Award for Outstanding Film: Wide Release?