Resurfaced Campaign Shows Disney Has Always Been Political - Inside the Magic 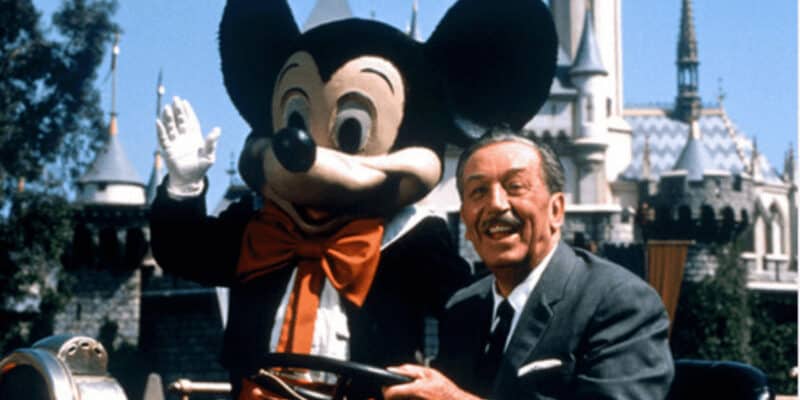 Amid social unrest and political tensions, many have called for The Walt Disney Company to stay out of politics… including Disney CEO Bob Iger and his predecessor, Bob Chapek.

That has proven difficult. Most recently, Walt Disney World Resort became entrenched in a legal battle with Florida Governor Ron DeSantis. The Republican governor passed the Parental Rights In Education Act, popularly known as the “Don’t Say Gay” law. This led to numerous protests and demands for Disney to speak out against the law on behalf of LGBTQIA+ Cast Members and Guests.

It was later revealed that Disney donated to politicians who supported the bill. After initially refusing to speak on the matter, Chapek denounced the “Don’t Say Gay” law and promised to pause all campaign donations in Florida. DeSantis retaliated by dissolving the Reedy Creek Improvement District, which allowed the Central Florida Disney Park to operate its own municipal services since 1967. The governor is expected to appoint a publicly-funded committee to oversee the district.

For many, the “Don’t Say Gay” controversy was their first insight into Disney’s role in politics in the United States. Some claim Disney has gone “woke” by inserting itself into public matters. But did you know that The Walt Disney Company has been actively involved in politics for decades?

A three-day event at Disneyland Park in Anaheim, California, celebrated the 1972 election between Republican Richard M. Nixon and Democrat George McGovern by adding a third candidate: Winnie the Pooh. Pooh led a ticker tape parade and handed out buttons.

The campaign was revived during the 1976 election between Democrat Jimmy Carter and Republican Gerald Ford. That year, Pooh added his own theme song!

In 1996, Winnie the Pooh set his sights on the Magic Kingdom at Walt Disney World Resort, where he ran against Captain Hook as Mascot of Main Street, U.S.A.. He hasn’t run for public office since.

Campaigns like Pooh For President, while not as outwardly political as the battle with DeSantis, encouraged young Guests to be involved in politics and vote when they got older. Without a doubt, Disney has involved itself in politics since the beginning.

Did you know about Winnie the Pooh for President?