The last two years haven’t been particularly kind to The Walt Disney Company, as poor decision-making, a global pandemic, and a string of controversies surrounding the company, the Disney Parks, Disney Animation Studios, and more continue to plague the brand. 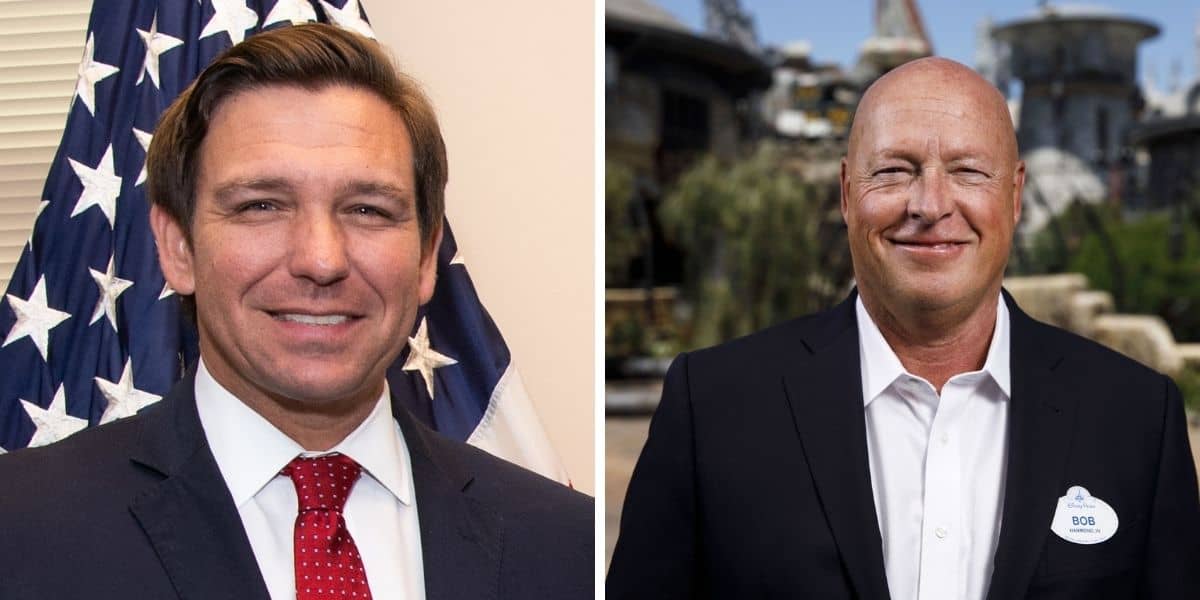 Many fans have voiced their opinions on social media and have rather intense takes on Disney’s “wokeness.” Over the past two years, Disney has been embroiled in the political drama. Disney has been accused of being too inclusive, according to some fans at times, and has been blamed as a leader of the “cancel culture” movement.

Due to this viewpoint from some Americans, the New Tolerance Campaign’s (NTC) 2022 “Worst of the Woke” list has decided to include The Walt Disney Company in its top 10 ranking for the second year in a row, according to a report published by Fox News.

The NTC would go on to claim that Disney deserved to return to the list this year due to its opposition to Florida Governor Ron DeSantis’ parental rights in an education bill dubbed by the media and liberal groups as the “Don’t Say Gay” bill. Here is the official award announced from the NTC below:

In 2022, now-ousted CEO Bob Chapek gave a master class on how not to respond to woke demands. Following the passage of Florida’s Parental Rights in Education bill (erroneously yet ubiquitously branded by the media as the “Don’t Say Gay” bill), Chapek demurred when Disney employees demanded the company condemn the legislation, rightly asserting that “corporate statements do very little to change outcomes or minds.” Weeks later, Disney did an about-face, declaring the company would support organizations seeking to “replace” the law or have it “struck down in the courts.” Florida legislators and Governor Ron DeSantis responded by stripping Disney of special taxation and self-governance perks it’s enjoyed for decades. The public wasn’t buying Disney’s activism either — quite literally. Following a string of box office bombs, in November Disney abruptly announced Chapek would be stepping down as CEO, making way for his predecessor Bob Iger to return. Iger stepped back into the role of chief executive committing to “quiet” the obsession with cultural issues at the entertainment powerhouse and “respect” consumers of their content.

Many news outlets cite Disney’s “woke agenda” as the reason for the company’s recent decline, but that’s not an entirely accurate statement. The definition of “woke” varies from person to person and media, making it a very fluid term. Minnie Mouse changing her outfit and higher inclusion efforts might be new changes, but they hardly constitute something that would break the company. However, despite what the sharks of social media might rip and tear over, the real problem isn’t Disney being woke but losing touch with its audience.

Because of the decision by former Walt Disney Company CEO Bob Chapek to lobby against the bill supported by Florida Governor Ron DeSantis, Walt Disney World was stripped of its preferred tax status in its Reedy Creek district earlier this year.

Related: Bob Iger Calls For Disney to Stay Out of Politics

In a recent report, newly reappointed Walt Disney Company CEO Bob Iger expressed his concerns about the damaged relationship between the Walt Disney Company and the state of Florida. He also said in a recent interview that he believed the company’s leanings should lie in the aftermath of the controversy brought on by Disney’s political involvement by stating, “It can be distracting, and it can have a negative impact on the company. And to the extent that I can work to kind of quiet things down, I’m going to do that.”

As Walt Disney World, The Walt Disney Company, and Disney CEO Bob Iger welcome in 2023, it will be fascinating to see how the company handles the political drama moving forward.

Do you think Disney deserves to make the “Worst of the Woke” list for the second year? Let us know your opinion by leaving us a comment below.