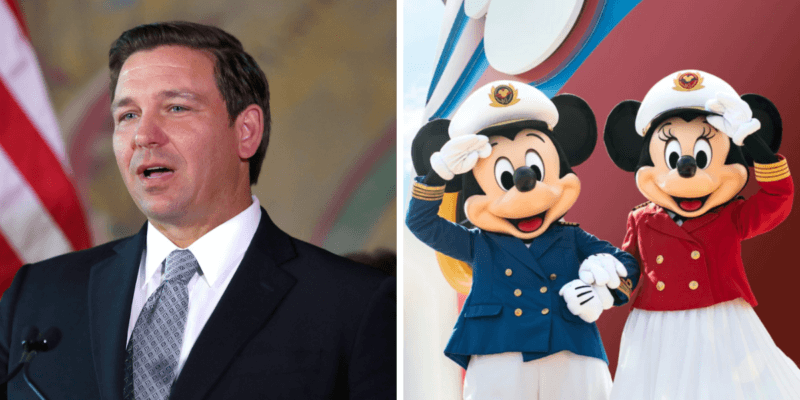 The Walt Disney World Resort is in the middle of a highly contested political debate.

Last night in the Florida Gubernatorial Debate, incumbent Governor Ron DeSantis, and former Florida Governor Charlie Crist discussed their different points of view regarding the state government’s relationship with The Walt Disney Company. The challenger, Charlie Crist, said during last night’s debate, “I’m not the Governor who attacked Walt Disney World and our hospitality industry. Ron DeSantis is the most anti-business Governor I’ve ever seen.”

I'm not the governor who attacked Walt Disney World and our hospitality industry. Ron DeSantis is the most anti-business Governor I've ever seen. #FLGovDebate pic.twitter.com/zCiMBx5cBH

It’s not the first time the Walt Disney World Resort and The Walt Disney Company have found themselves intertwined with Florida politics this year. In April 2022, Florida Governor Ron DeSantis signed a bill into law revoking the Walt Disney Company’s special district status. The bill, which dissolved the Reedy Creek Improvement District, passed the Florida State Senate with a vote of 23-16 and the state’s House of Representatives by 70-38.

In March 2022, the Florida State Assembly passed a law known as the Parental Rights in Education Act — called the “Don’t Say Gay” bill by critics. This legislation states that teachers should not discuss sexual orientation and gender identity in classrooms before fourth grade.

At first, The Walt Disney Company’s Chief Executive Officer, Bob Chapek, chose not to take a public position. “We were opposed to the bill from the outset, but we chose not to take a public position on it because we thought we could be more effective working behind the scenes, engaging directly with lawmakers on both sides of the aisle,” Chapek said earlier this year. After many Disney Cast Members were displeased with management’s lack of response, Chapek turned in the opposite direction.

What are your thoughts about the recent political controversy surrounding Walt Disney World?