Josh D'Amaro's "Promise" to Disney Guests - Inside the Magic 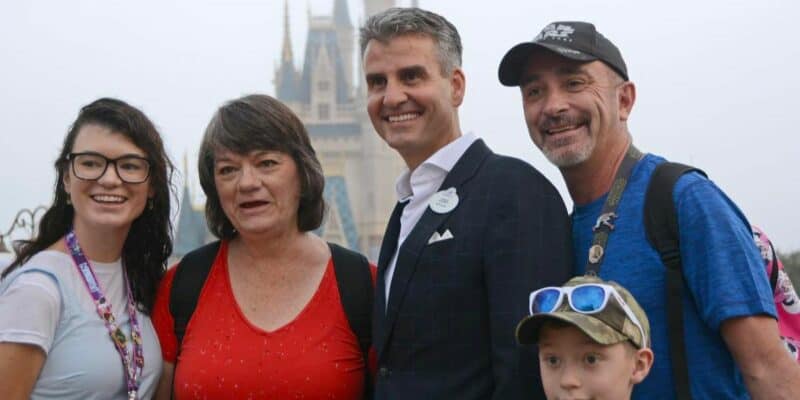 Although Bob Iger has forced Chapek out of the driver’s seat, the Disney Parks are still recovering from the former CEO’s meddling. Rides and attractions still need repair, prices for basic Park access are still astronomically high, and fans are still pleading for the magic to return to what were once the most magical places on earth. However, it seems that Josh D’Amaro is finally getting with the program.

In a recent interview, Chairperson of the Walt Disney Parks and Resorts, Josh D’Amaro, gave fans insight into this year’s plans for the theme parks and what fans can expect. During the end of Chapek’s tenure, the former CEO made the understatement of the decade by saying that Disney should start listening to its fans. A dollar short and a day late, but Chapek was absolutely right on that front. D’Amaro recently made a statement that, while coming from a good place, should have all Disney Park fans setting their sights on him.

“[We are] making sure that we keep our arms around our guests and listen to our guests and change where we need to change – and we’ve been making changes over the last couple of years. And we’re going to make some more that we’ll begin to announce tomorrow to our cast members and to the world shortly thereafter.”

“I will also say [that] I am one of those fans. Before joining Disney, I was one of those fans who loved everything about it, and 25 years ago came to be part of it, and I still feel that same fandom, that same responsibility, that I’ve always felt. I spent a lot of time in theme parks. If I’m not in a meeting, that’s my office. I will listen to as many cast members and guests as I possibly can.”

The chairman appears to be approaching this new direction the right way, but how solid are his promises to the fans? Disney buffs have been burned before, and many are still salty even after the transition back to Iger. D’Amaro goes on to say how close he will be working with Imagineers, how thrilled he is to incorporate a multitude of voices into Disney’s legacy of storytelling, and many other such flowery notions, but the fact of the matter is that actions speak louder than words.

If he truly wants to bring the magic back to the Parks, he definitely has a long way to go. D’Amaro needs to focus on restoration and control he wants to truly listen to fans. So many are calling for the return of everything Bob Chapek took away, and even that would be just the start of what needs to be amended. While there’s certainly a lot to do before 2023 is over, Disney fans can find at least some comfort in the chairman’s following statement.

“I read a lot of emails and get a lot of guests letters. It’s a real part of the job. The most important part of the job is to take all of that input, combine it with my gut and my emotion about this place, and make the best decisions that we possibly can to make sure the places that we run continue to be the most special places in in the world.”

The question is, will D’Amaro deliver?

Do you think Josh D’Amaro will make good on his promises? Tell us in the comments below!