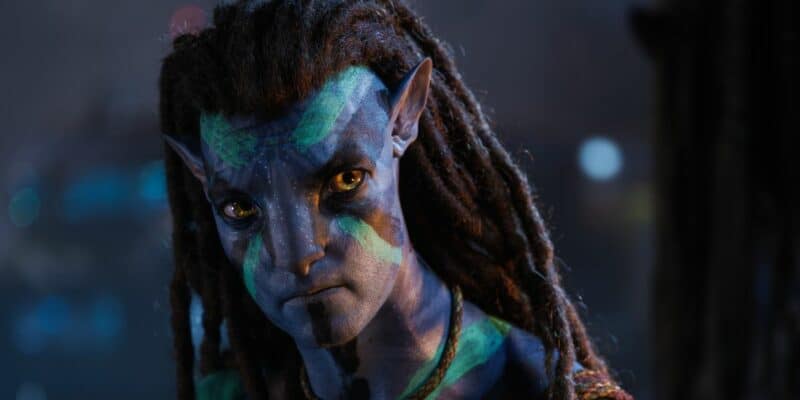 James Cameron is coming under fire for what is being called an extremely derivative plot for Avatar 3.

Related: ‘Avatar 2’ Faces Concerning Obstacle, Might Not “Break Even”

The Avatar franchise and brainchild of director James Cameron is fairly well-known in its own right — having made billions of dollars at the box office, it has once held the record for being the highest-grossing film of all time. Of course, 2009’s Avatar was beaten by fellow The Walt Disney Company-owned franchise, superhero property The Avengers (which Cameron himself does not like), after Marvel Studios’ Marvel Cinematic Universe (MCU) Avengers: Endgame (2019) took the world by storm. The Avatar brand also extends beyond the silver screen — to theme parks, like that of Pandora — The World of Avatar located in Walt Disney World Resort’s Animal Kingdom in Orlando, Florida — as well as several other unique experiences.

Cameron’s new film, Avatar: The Way of Water (2022) is set significantly underwater, and stars returning leads Zoe Saldaña (Neytiri) and Sam Worthington (Jake Sully) who are back as parents, while Sigourney Weaver plays Kiri, Jake and Neytiri’s adoptive teenage daughter. Jemaine Clement also stars as marine biologist Dr. Ian Garvin, while Kate Winslet is Ronal, a free diver of the Metkayina. Even Stephen Lang returns as series antagonist Colonel Miles Quaritch, whose memories have been inserted into a Na’vi Avatar body following his demise in the first film.

But Cameron’s Avatar is not the only “Avatar” property out there — and now, the difference between the two beloved franchises might be growing more and more muddled as Cameron “copies” more elements from the other show.

What is the ‘other’ Avatar?

The Avatar franchise started with Michael Dante DiMartino and Bryan Konietzko-helmed animated original series, Avatar: The Last Airbender, which ran from 2005 to 2008 on Disney rival, Nickelodeon (currently owned by Paramount Global). The Last Airbender (also known as The Legend of Aang in some regions) was aimed at kids, though also had its fair share of adult fans. Avatar received critical acclaim amid explosive popularity back in the early 2000s — even getting a bit of a “second wind” during the COVID-19 pandemic when the series came to Netflix, where it began gaining a whole new audience of adults re-watching the show or even just watching it for the first time. The Last Airbender takes place in a world where Four Nations based on the elements of Earth, Water, Fire, and Air are thrown out of balance, after the Fire Nation decided to attack everyone else. The show was about kids growing up during war-time discovering “The Last Airbender” frozen in ice, named Aang — who turns out to be the “Avatar”, a being who could Bend all Four Elements. Despite being prophesied to bring an end to the Fire Nation’s terrible conquest — the catch is that Aang is a fun-loving, untrained twelve-year-old. Avatar depicted a grand arc where these kids changed the course of the war and defeated Fire-Lord Ozai (Mark Hamill) (and his scheming daughter Princess Azula (Grey DeLisle)).

But what does this have to do with James Cameron’s blue alien movies, you may ask?

According to Culture Crave, director James Cameron has come forward detailing the overall plot and concept of the upcoming sequel to Avatar: The Way of Water featuring an antagonistic tribe of “Fire Na’vi”:

"I want to show the Na’vi in a different light … so far, I have only shown their good sides … In 'Avatar 3', we will do the opposite"https://t.co/KntOkprE4v

And the public response? Not all that positive.

Immediately, Cameron was called out by people who made the quick connection between the similarity of plot from the element-based Avatar‘s Four Nations and the new blue alien Avatar focusing on element-based Na’vi nations. Assaf Chriqui on Twitter boldly posits:

So he just copying Avatar the Last Airbender?

So he just copying Avatar the Last Airbender?

And Chriqui was not the only one — in fact, it’s now being hotly debated online. Many users like @dzprt are referring to the much-beloved The Last Airbender as “the real avatar”:

He really copying the real avatar

He really copying the real avatar

As is @SchoolBoyzYT, adding to the furor:

Bro wants to be the real Avatar so bad

Bro wants to be the real Avatar so bad pic.twitter.com/HUswLq44fC

In fact, Giancarlo Volpe, Avatar: The Last Airbender‘s director, came out just last December with information that James Cameron’s Avatar was the reason the show could not use the title “Avatar” — as Cameron had claimed the rights to the name years before it debuted. Volpe calls Cameron out with his choice of his 2022 sequel being titled Way of Water, and makes a reference to the ever-increasing similarity that Cameron is creating with his Avatar franchise, jokingly stating that if Cameron’s “part 3” references “Firebending”, then it’s time to “riot”:

In 2004 we learned that we had to change the name of our show from “Avatar” to “Avatar the Last Airbender” because James Cameron already had the rights to a movie called Avatar.

Now the sequel is called “The Way of Water.”

If part 3 is called “The Firebending Masters” we riot

In 2004 we learned that we had to change the name of our show from “Avatar” to “Avatar the Last Airbender” because James Cameron already had the rights to a movie called Avatar.

Now the sequel is called “The Way of Water.”

If part 3 is called “The Firebending Masters” we riot

Dave Cash also makes another reference to the earlier Avatar by quoting the title of the third season of the show, “Book 3: Fire”:

While @renclaww makes a direct comparison between the two Avatar franchises after Cameron’s sequel revelation:

so it’s called avatar and they’ve explored a story about water, now fire, what’s next? earthbending?

so it’s called avatar and they’ve explored a story about water, now fire, what’s next? earthbending?

Wait. Does he know he’s not making the other Avatar franchise?

Wait. Does he know he's not making the other Avatar franchise?

What’s up next for Avatar?

Avatar showrunners Konietzko and DiMartino have actually created one other successful series in this franchise and world — Avatar: The Legend of Korra, which followed the exploits of teen-aged Avatar Korra (Janet Varney), the Avatar who was born into a rapidly modernizing world after the events of the first series that followed Avatar Aang and his friends (Zach Tyler Eisen), Waterbender Katara (Mae Whitman), non-Bender brother Sokka (Jack DeSena), blind Earthbender Toph (Jessie Flower), Kyoshi Warrior Suki (Jenna Kwan), and Prince Zuko (Dante Basco) of the Fire Nation. In fact, more than just the original series getting a second wind, the entire Avatar franchise which has remained a fan-favorite ever since has had several big announcements and projects coming to the big and small screen. The announcement of a Netflix live-action adaptation set Avatar: The Last Airbender fans ablaze, as did the creation of Avatar Studios, an entire animation studio devoted to creating works in the world of Avatar (not the blue alien one). Yet another film was also announced by Avatar Studios, which would be focusing on slightly more grown-up, young adult versions of Avatar Aang and the rest of his “Gaang” prior to the events of Korra, as was continuation of the story following an all-new Earthbender Avatar, with many of the original 2004 cast returning to the screen.

With Cameron’s Avatar 3 definitely seeming like a done deal with the recent success of Avatar: The Way of Water, it will have to be seen whether the third installment will stand the test of time — and be able to put up with more comparisons, as Avatar: The Last Airbender returns to the public eye with its Netflix show and other theatrical film releases from Avatar Studios.

What do you think of James Cameron being accused of copying Avatar: The Last Airbender? Share your thoughts in the comments below!