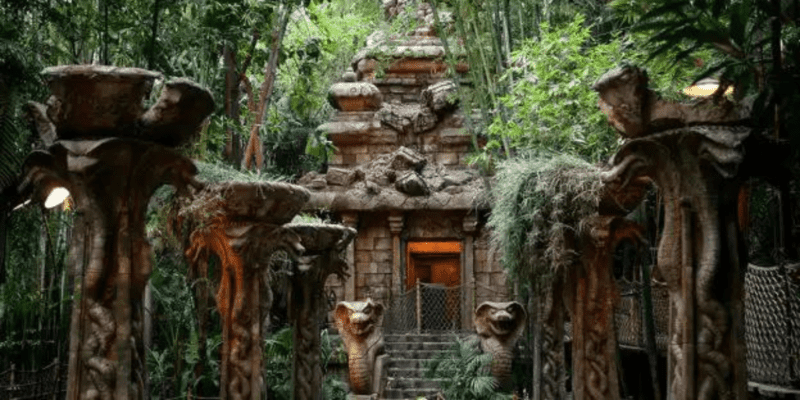 Disneyland is filled to the brim with exciting rides and attractions such as Star Wars: Rise of the Resistance, Haunted Mansion, Matterhorn Bobsleds, “it’s a small world,” and the soon-to-be retimed Splash Mountain. There are so many choices Guests can choose from that deciding what to wait in line for may prove difficult, especially when considering how crowded not just the Disneyland Resort but the Disney Parks in general.

However, if there’s one attraction you have to experience while visiting, it has to be the Indiana Jones Adventure.

An absolutely historic ride, Disneyland’s Indiana Jones Adventure is considered a classic in both Disney Imagineering history and in Disney Park history. The ride is based on the Indiana Jones franchise and takes guests on an exciting and thrilling journey through a cursed temple. Since opening at the Disneyland Resort, it has become a fan-favorite and beloved attraction in the Disney Parks and continues to entertain thousands of Guests every day.

Unfortunately, the ride just shut down for a lengthy refurbishment. The attraction officially closed on January 9, 2023, and will be offline for quite some time. We do not know exactly when the Indiana Jones Adventure will return, with Disney only ging us a vague “Spring 2023” timeline. The official statement given on the website can be read down below:

Of course, there’s a ton of fun to be had at both Disneyland and Disneyland California Adventure. The Disneyland Resort recently revealed that it will be resuming sales of Magic Key passes in 2023, as inventory becomes available.

Fans of the Indiana Jones franchise should be getting excited for Indiana Jones and the Dial of Destiny, the latest installment in the series. Thanks to de-aging technology, the film is taking audiences back to Raiders-era Indy. “And then we fall out, and you found yourself in 1969,” Mangold explains. “So that the audience doesn’t experience the change between the ‘40s and ‘60s as an intellectual conceit, but literally experiences the buccaneering spirit of those early days… and then the beginning of now.”

Not much else is known regarding the overall plot of the movie or what the subtitle will be (if it even has one). Regardless, we couldn’t be more excited to watch Indy on the big screen for one final send-off. The film is set to release on June 30, 2023.

Are you excited about the next Indiana Jones film?