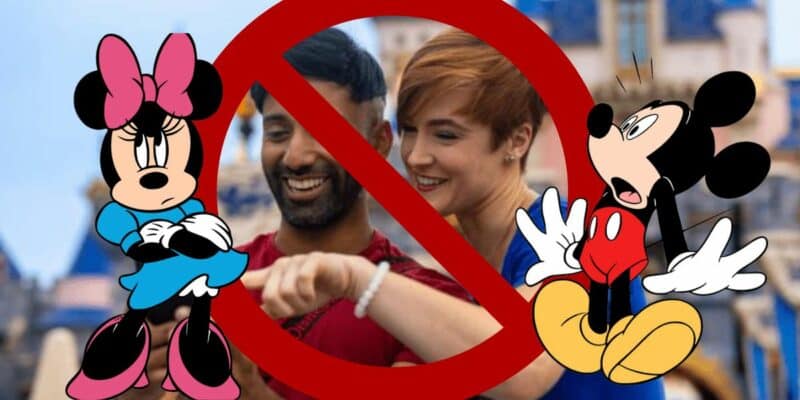 Unruly Guest behavior has gotten out of control at the Disney Parks in these recent months, and it’s gotten to the point that fights and altercations are happening at an alarming rate. The situation is so serious that the company has had to issue new courtesy clauses in their Park rules before Guests enter. Now that staff and Cast Members at the Parks have the power to force Guests out, fans are taking an interest.

To say that Disney doesn’t have a vocal fanbase would be an outright lie. In fact, many of the studio’s most dedicated fans are quick both to praise them when they do something remarkable and call them out when they do something ridiculous. The recent increase in poor Park behavior from visiting Guests has done more than ruffle a few feathers. Now that Disney is taking more of a disciplinary response to the problem, fans are cheering the decision on social media. On ITM’s coverage of the policy change, fans were quick to share their opinions.

“Good for Disney adopting these rules and announcing them. No one should be allowed or excused to disrupt others who also paid good money to be there and are enjoying the experience.”

“Rude and abusive behavior is becoming an accepted norm in society today. I applaud Disney for taking whatever action necessary to remove bad behavior.”

Facebook users also added their two cents on the subject, some a lot more vicious than others. One such vocal fan adds on ITM’s Facebook page,

“Should be an absolute zero tolerance policy. The whole idea of Disney is the illusion of perfection. Any disruption to it should warrant expulsion from the grounds. It is a family centered park, not a dysfunctional family experience. Should be no place for anyone who disrupt the magic…”

And another, less subtle contributor responds,

We see behavior degrading all around us in society. Looting and shooting are now a thing to do. How would you not expect bad behavior to enter the Disney Park?

Although there have thankfully been no accounts of “looting and shooting” outside of Pirates of the Caribbean, it’s still a bit surprising that bad Guest behavior has gotten to the point of these new measures. The probability that some Guests will be escorted from the Parks making a scene is an unfortunately high possibility. However, Guests that appreciate the Parks and the magic they bring are understandably thrilled that a change like this is soon to come.

Do you agree with these fans? Tell us in the comments below!