Another Fight Caught on Camera at Disneyland - Inside the Magic 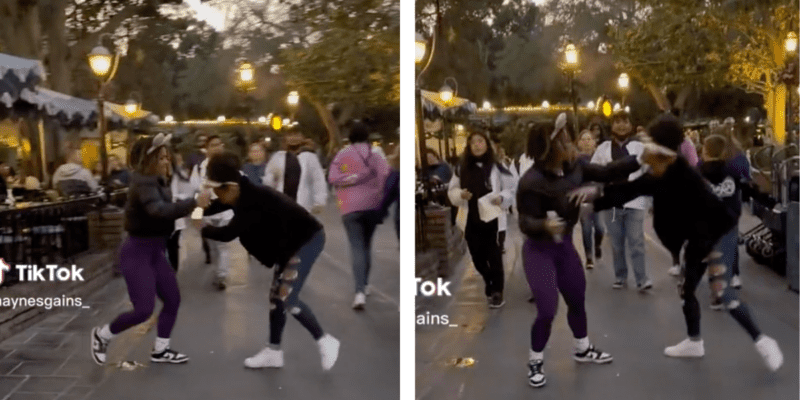 We reported on a brutal brawl in Magic Kingdom at Walt Disney World Resort in July. Two families reportedly got into a physical fight after one Guest tried to rejoin their family in line for Mickey’s Philharmagic.

One man involved in the fight was hospitalized with a facial laceration, while others suffered minor cuts and bruises. Reportedly, personal designer items and phones were damaged in the incident. An up-and-coming Disney star involved in the violent brawl allegedly gave police a fake name to avoid recognition. 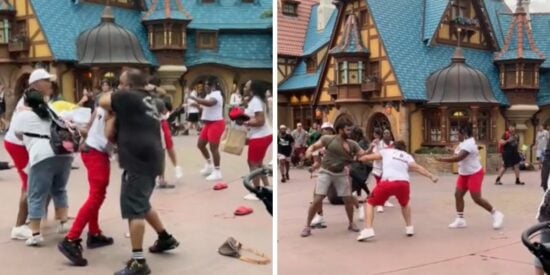 Since then, we’ve covered numerous violent altercations at Disney Parks and Resort hotels. Last month, we broke the story of a brutal fight at Disney’s Animal Kingdom, filmed and posted on social media.

Days ago, another Disney fight was filmed and posted on TikTok. This time, two sisters shoved each other while walking down a pathway at Disneyland Park. At the end of the fight, one slapped another:

It was SO loud😭🤣 #fyp #disneyland #relatable #siblings #sisters #foryou

Alexis Gains (@haynesgains_) shared the video, writing that the older sister “slapped the dog sh*t out of” the younger sister. “It was SO loud.”

While other Guests were in the area and appeared to move out of the way, it seems only the two sisters were involved in the altercation. Though Gains didn’t share any other clips or information about the incident, the Guests apparently went about their day and didn’t involve Disneyland Security Cast Members.

Have you ever witnessed a fight at Disneyland Resort, Walt Disney World Resort, or any other Disney Park?