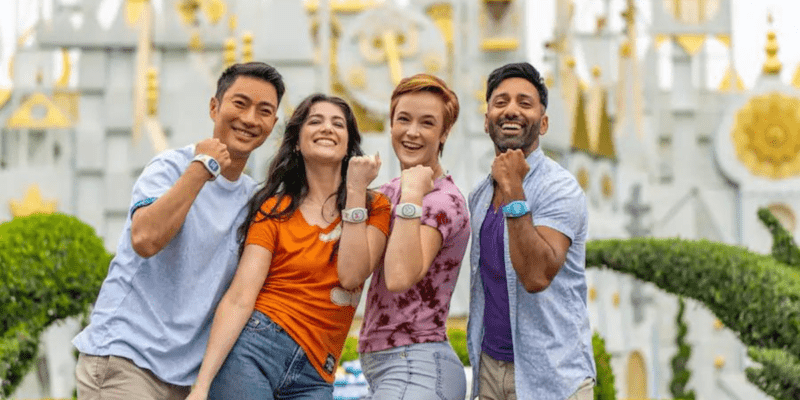 There are two types of people in the realms of the Disney fandom, those who love “it’s a small world”, and those who completely, utterly, shamelessly, openly loath it entirely. Simply put, it’s not for everyone. It’s one of the oldest running attractions in any Disney Park, and while it has its place in the halls of theme park history, the amount of venom spat at the cheery boat ride’s direction is truly the stuff of legends.

It’s a world of laughter, a world of tears, a world of hope, and a world where one of the most criticized and parodied Disney attractions continues to be ripped apart by multiple fans. However, for every fan that takes a stab at the chorus of children around the world, there’s at least one more who is ready to sing along with them. This leads many Disney Guests, casual and veteran, to ask why. A recent Reddit post asked the same question, and fans were quick to reply, respond, and retort on the subject.

u/ScoutGalactic gets right to the point of the matter when they write,

“I call it a great ride. The mechanics, craftsmanship, artistry, and music are something we never get to see in the digital age. Not everyone wants 24/7 thrill or lasers and projectors everywhere.”

Direct and accurate, but u/F1rstxLas7 makes a more practical observation of the love behind the ride.

“Nostalgia, low wait time usually, a lot of people can ride it, and it’s inside/air-conditioned. No one ever calls it a great ride, but it does its job pulling people out of the e-ticket ride queues by being accessible.”

“I agree, I go on it once a trip for nostalgia! I remember going on it with my grandparents when I was little so it always holds a special place for me!”

Both commenters are correct, a great deal of the ride’s longevity comes from its nostalgia, not that there’s anything wrong with that. However, u/OWSpaceClown brings up an exciting point.

“It’s one of the few rides still in operation that Walt Disney himself oversaw. Even if the one in World is a copy, it’s still got that historical angle.”

A piece of Walt’s original work goes a long way, and attractions like “it’s a small world” are unquestionably among some of the best examples.

Every Disney fan has their favorite attraction and reasons for loving it, but it seems like a taboo opinion for some to genuinely enjoy “small world.” Whether it’s for the message, the music by the Sherman Brothers, the environment, or some combination of the three, many riders have shared their affection for the happiest cruise around the globe. It’s clear that the ride is still sacred to frequent Park-goers.

Do you enjoy this divisive ride? Tell us in the comments below!