New Disneyland Announcement Is Borderline Insulting - Inside the Magic 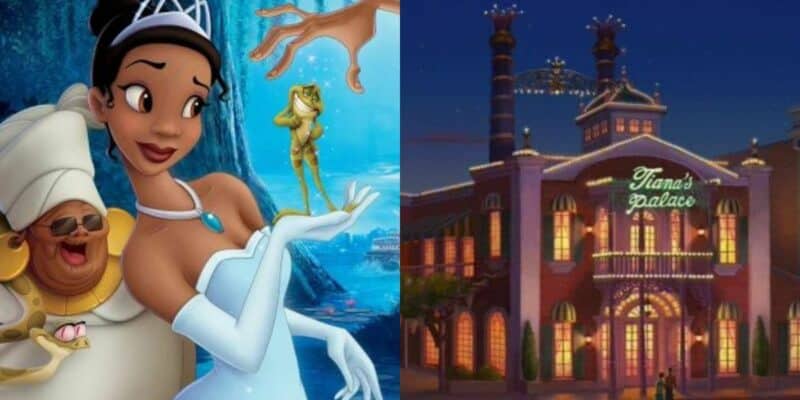 Princess Tiana has been the subject of much debate ever since it was announced she and her friends from the bayou would be taking over Splash Mountain. Although some are ready and receptive to the cast of The Princess and the Frog getting their own attraction, a recent announcement might actually have a better alternative. Why put Tiana on Splash Mountain’s tracks when she can have her own restaurant?

Disneyland recently announced that Tiana’s Palace, the restaurant the title character builds in the animated movie, would be the newest addition to New Orleans Square. Most fans would definitely agree that the inclusion of a restaurant inspired by a focal point in a movie set in New Orleans would be more than an appropriate fixture to the Park area.

However, there’s also reason to state that this form of attraction is long overdue and should have come way before Tiana’s Bayou Adventure was ever announced. Additionally, it might have even prevented the friction between fans over Br’er Rabbit’s departure.

This isn’t to say building Tiana’s Palace is a bad idea, it’s actually way more appropriate and way more in character for both Tiana and her movie than shifting her and her friends to an already existing ride frame. However, the fact that it was announced just days before construction on Tiana’s Bayou Adventure is set to begin feels a touch excessive. How many Disney movies and characters have both a ride/attraction and a table-service restaurant to their names? By introducing this restaurant after the Splash Mountain re-theme is already set in motion, it comes off as redundant and almost unneeded.

A real-world counterpart to a place that only exists in the realms of Disney animation is more in line for what fans can normally expect from the Walt Disney Company, definitely more than just putting new characters on an existing ride. Giving fans to experience a real version of Tiana’s Palace is leagues more appropriate than Tiana’s Bayou Adventure could ever hope to be. It might be potentially well-received, but it still comes off as a ridiculously late to the party.

What do you think of this new development for Tiana’s Place? Tell us in the comments below!