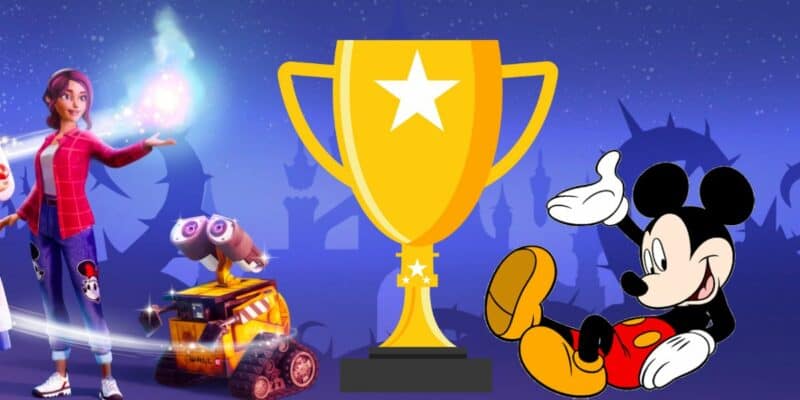 Disney has had its Mickey-shaped mitts on many projects across a multitude of media for decades. Although they will always be known for their game-changing feet in the realms of film and animation, their contributions to the video game industry haven’t gone unnoticed either. From the retro 16-bit platformers of yesteryear to the gigantic JRPG that is Kingdom Hearts, Disney Interactive definitely knows how to play well with others.

While some hard-core gamers might argue that Disney hasn’t exactly produced a massively hard-hitting game in a few years, one of the company’s most recent releases has been nominated for a rather special award. The company has always been known for its delightful cast of animated characters and overall wholesome atmosphere, so it makes perfect sense that Disney would want to bring those same elements and put them in video game form. The result is Disney Dreamlight Valley.

What might appear to be an Animal Crossing clone on paper has a surprising amount of depth. Where Nintendo’s animal-filled life-simulator lacks a sort of solid narrative, Disney’s take on the formula adds a sort of battle against the forces of darkness thrown in with its gardening, collecting, and friendship-focused gameplay.  Needless to say, it’s all very Disney and admittedly infectious, but it’s also been nominated for a major award at this year’s DICE Awards.

We’re beyond thrilled to share that Disney Dreamlight Valley has been nominated as a finalist for Family Game of the Year at this year’s #DICEAwards!

Thank you, @Official_AIAS. It’s an honor to be included alongside so many magical games ✨ pic.twitter.com/5rd3s6npBX

The Academy of Interactive Arts & Sciences has officially recognized Disney Dreamlight Valley as a finalist for this year’s Family Game of the Year. While it’s easy to expect a company like Disney to take home an award reserved for “family” entertainment, there might be a little more complexity to that honor than some realize. From its origins, Disney has been an entertainment source directed, not just at children, but families as a whole.

Disney continues to try to reach one of the most massive audiences out there, and the game is more than worthy of its nomination since it strives to pull players of all ages into a world where they can rub elbows, befriend, and otherwise coexist with their favorite characters. Harvesting pumpkins alongside Wall-E or going fishing with Goofy is one thing, but what really unites the players is simply getting lost in this magical world with friend’s they’ve practically known forever.

Do you think Dreamlight Valley will win the award? Tell us in the comments below!