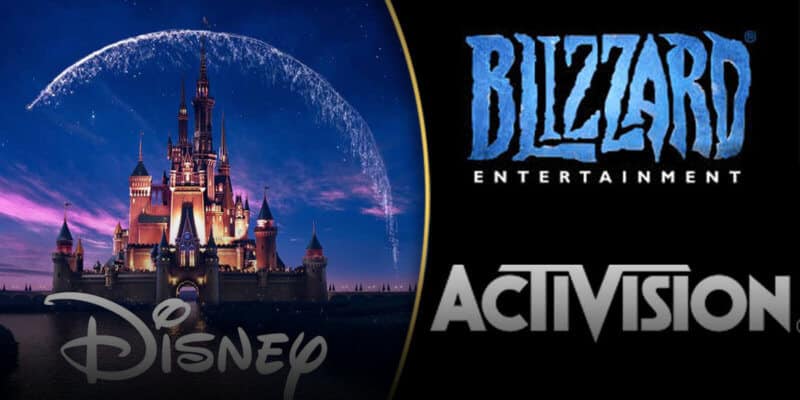 As we all know, Disney is slowly becoming the largest media company in the world. Especially, with its recent purchase of 20th Century Fox. And now, an investor in The Walt Disney Company thinks the mighty mouse should continue down its path of world domination and purchase Activision Blizzard, a leading worldwide developer in the gaming industry.

Gerber Kawasaki Inc.’s Nick Licouris told Bloomberg that it’s an ideal time for Disney to make the acquisition as they could use this opportunity to leverage its film and TV characters. For those wondering who Licouris is, he is an Investment Advisor Representative with Gerber Kawasaki–a company that owns over $22 million worth of shares in Disney and $4.3 in Activision.

This new report wouldn’t be the first time it was thought that Disney might dip its toe into the gaming pool as only earlier this year it was reported that the company was going to purchase a massive gaming company in a $13.2 billion deal.

It was claimed that Disney would possibly acquire the Korean PC and mobile gaming company Nexon, which employs almost 7,000 people and maintains about 80 titles in Asia, making it a big player in the gaming industry and in South Korea and Japan.

Of course, if Disney were to go through with a purchase of Activision, the company would have to dish out almost three times the amount of Nexon as the gaming company is currently valued at around $37 billion. The last time Disney purchased a company even remotely close to this amount was with the purchase of 20th Century Fox, which set the company back over $71 billion just earlier this year.

However, it can be said that Disney could make an incredible amount of money if it were able to take their many beloved intellectual properties and turn them into gaming franchises. As many Disney fans know, the company saw success in the past when it licensed its properties to publishers like EA.

What are your thoughts on Disney possibly purchasing Activision Blizzard? Let us know in the comments below!