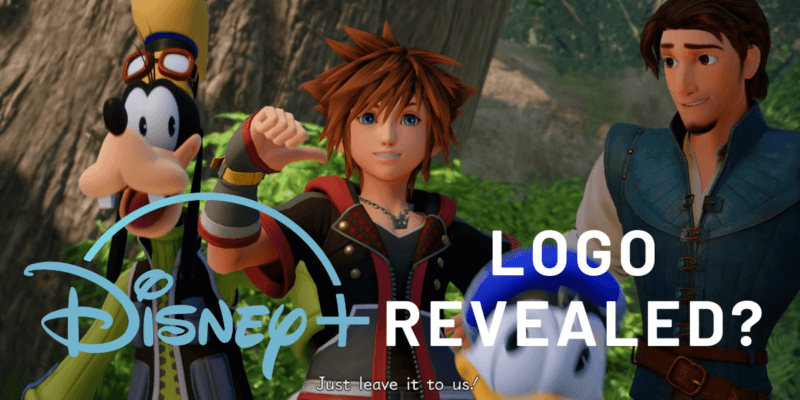 Last month we reported that the Kingdom Hearts series will allegedly make the jump from video game to Disney Plus tv series, according to a viral rumor. Supposedly the show would see Sora, Donald, and Goofy hopping between different Disney worlds in each episode, from the tech utopia of Big Hero 6 to the Caribbean home of famed pirate Captain Jack Sparrow.

We then heard that Disney is even eying the likes of Angelina Jolie and Will Smith to star in the supposed game turned tv series. Now a recent leak may have given the Kingdom Hearts Disney Plus show its title.

Reddit user Skullboj discovered the following logo for a Kingdom Hearts project that has yet to be announced. It was found hidden in the code of the Kingdom Hearts: Dark Road (an upcoming mobile game) website.

Is Kingdom Hearts: Melody of Memory an upcoming game, the rumored Disney Plus series title, or something else entirely?

As expected, the Kingdom Hearts community has quickly done into meltdown trying to explain what the title could mean. Many seasoned veterans think that it could be an unannounced game title, while some suggest that the word ‘melody’ hints at a new orchestral collection.

Others thought that ‘melody’ could mean that we’re getting a Kingdom Hearts rhythm game, in the vein of Guitar Hero or DanceDance Revolution. However, what if it’s actually the title of the rumored Disney Plus series? Disney has yet to even formally announce it, so the accidental public release of its title would be one of the biggest spoilers possible.

The Kingdom Hearts series is still fresh in the minds of fans around the world following the long-awaited release of Kingdom Hearts 3 on Xbox One and Playstation 4. Along with the (also long-awaited) Final Fantasy 7 remake, perhaps Square Enix and Disney are looking to strike while the iron is hot.

Still, all of this is speculation. The Kingdom Hearts leak may be nothing more than another mobile game for all we know. Kingdom Hearts games are famously canonized, and this leaked title is sure to turn some heads, whether its a new game or something even more exciting. Hopefully all we be revealed at a later date. As is, all I want is Sora in Super Smash Bros Ultimate. Is that so much to ask?

Kingdom Hearts 3 runs on the Unreal Engine and is available on Xbox One and Playstation 4. It blends the worlds of Disney and Final Fantasy and has become one of the Mouse’s biggest game IPs.