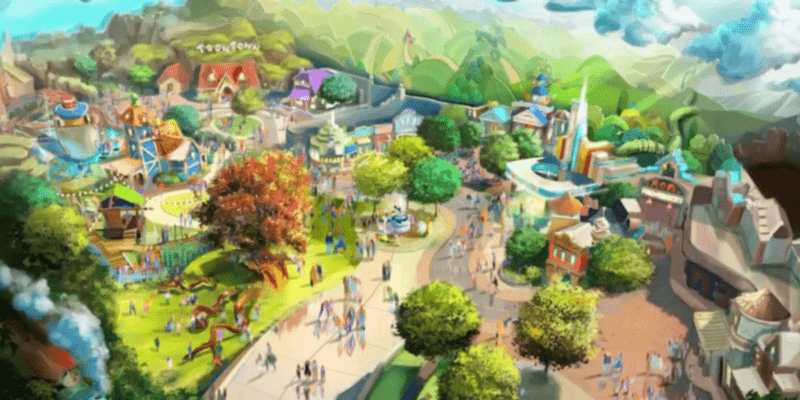 On January 27, 2023, Mickey Mouse and his friends are coming to Toontown at Disneyland Park with Mickey & Minnie’s Runaway Railway. This runaway train will take Guests to a cartoon world, unlike anything they’ve ever dreamt of!

Disneyland Resort has ramped up the promotion of this brand-new attraction in the past few weeks as Magic Key holders and once-in-a-lifetime visitors prepare to experience it for the first time. However, some Guests have already gotten a sneak peek at the ride.

Reddit user u/Development-Fiesty shared two photos of the ride, taken through a noticeable gap in a construction fence in Mickey’s Toontown:

Some commenters joked that instead of promoting the ride more, The Walt Disney Company executives chose to leave it up to the Guests. u/GeneralFactotum wrote:

Disney Advertising Exec: “What do you mean we have no more budget to promote MMRR?”

Disney Big Boss: “Deal with it!”

Disney Advertising Exec: “No problem, I’ll just leave a gap in the fence. It will be all over the Internet by morning!”

Related: Why Disney Fans Still Mourn the Loss of The Great Movie Ride

Step into a cartoon later this month at Disneyland Park with this all-new attraction, which first opened in Disney’s Hollywood Studios at Walt Disney World Resort. From Disney:

Zoom off on a wild and wacky adventure through Mickey and Minnie’s madcap cartoon world.

As you tour the lobby inside, you’ll encounter “Mickey Through the Ears,” an exploration of the illustrious film career of the world’s most famous mouse, featuring movie props and memorabilia.

And when it’s your turn to step inside the auditorium to enjoy the premiere, you’ll soon learn to expect the unexpected!

Are you excited about Mickey & Minnie’s Runaway Railway at Disneyland Resort?