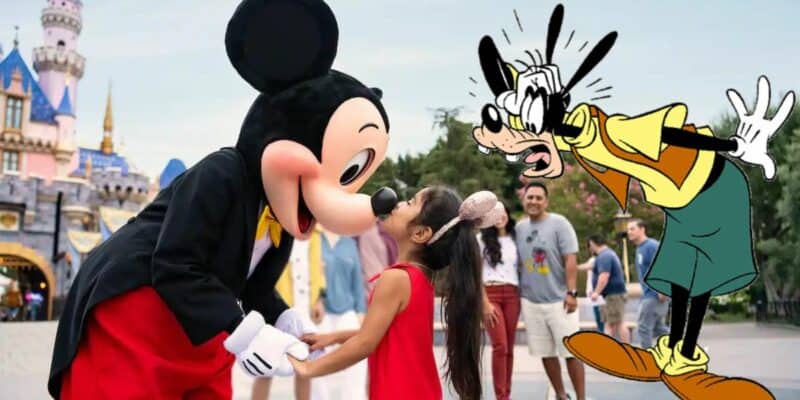 When Disney Park Guests normally attend one of the dozens of Meet and Greets scattered throughout Disney property, they are typically expecting them to behave like the characters they know from their favorite movies. For the most part, the character performers truly commit to the act, but sometimes this can have truly unexpected results. While characters like Mickey and Goofy are bright and cheery, others can have a bit of an attitude.

Oswald the Lucky Rabbit was Walt Disney’s first original animated character, making him a sort of beta version of Mickey Mouse. Since his return to the Disney brand, the black bunny with the lucky foot has cultivated quite the fan following, as well as his own distinct personality. Those familiar with the Epic Mickey games will know that Oswald suffers from a severe case of eldest child syndrome and has been living in his little brother’s shadow for decades. Naturally, his Meet and Greet counterpart still carries that same flavor of sibling rivalry.

To say that Oswald is Mickey’s antithesis wouldn’t be that far from the truth. Where Mickey is sweet and innocent, Oswald is cunning and crafty. Mickey is silly and a trifle naive, but Oswald is sarcastic and occasionally cynical. While that’s all understandable, it does make for some rather peculiar character interactions. In a video shared by @doggans on TikTok, one young Disney Guest learns that the Lucky Rabbit doesn’t take too kindly to being compared to his more-successful counterpart.

My favorite memory from the days of socially-distant character meet and greets: Oswald getting OFFENDED.

It’s truly remarkable to see how much emotion and elements of Oswald’s character can be communicated without him uttering a single syllable. As the girl in the video teasingly calls him “Mickey,” Oswald goes from stunned, to annoyed, to insulted, to absolutely over it as he finds himself in the mouse’s shadow once again. Naturally, it’s all done in good fun, but the absolute drama this character brings to the party is completely on-brand for Oswald the Lucky Rabbit. Hopefully, this same performer can still be found at DCA today.

What did you think of Oswald’s reaction? Tell us in the comments below!