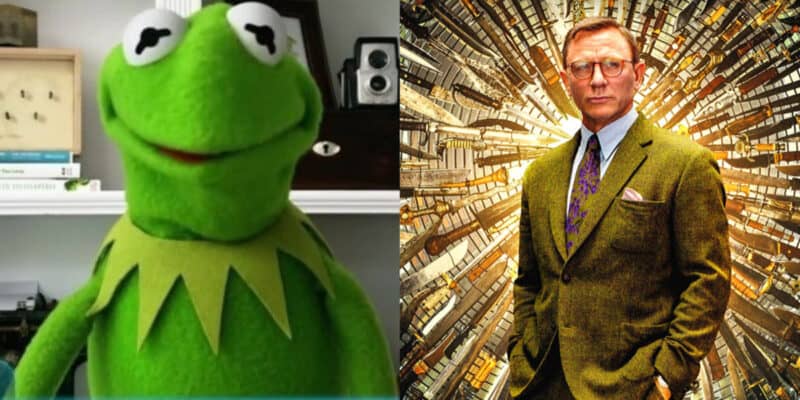 With the recent release of Glass Onion: A Knives Out Mystery, fans have been buzzing with glee around yet another successful caper from director Rian Johnson. Once again, Benoit Blanc is on the case when an eccentric billionaire hosts a murder-mystery party with some deadly results.

The sequel to the previously released Knives Out is already one of the top-viewed movies on Netflix, and some fans are already begging for a sequel. So, what’s next for Detective Blanc? Some speculate that his next mystery might involve a little more fur and felt than flesh and blood.

What started off as a humorous article from Netflix not but a week ago has since garnered the attention of Rian Johnson, as the idea of a Muppet-themed mystery could be floating around. Granted, a full murder-mystery might be a tad difficult for a group of characters so wildly whimsical like the Muppets, but it’s not entirely impossible. In fact, Johnson recently expressed his interest in both the aforementioned article and a recent Twitter post.

The idea is super fun and I don’t want to be a party pooper BUT… (also worth reading the whole thing because the photos in this piece are pretty freakin great) https://t.co/KTF3QWtMZI

While Johnson states in the article that a true Knives Out/Muppets crossover would be highly unlikely, he has shown serious interest in making a Muppet movie. In the Netflix article, Johnson says,

In his Twitter post, fans and followers are already pitching ideas they’d like to see in a hypothetical Blanc/Muppets meeting. Discussions of Sweetums falling dead with one of Lou Zealand’s flying fish in his back and Fozzie Bear making bad jokes at Blanc’s expense abound, and even the director gets in on a few jabs. Blanc might not be mingling with the Muppets anytime soon, but the idea of a Rian Johnson Muppet movie certainly has some potential.

Johnson does have experience working with Muppet actors and puppeteers, as demonstrated by his work with Frank Oz in Disney’s Star Wars sequel trilogy. Additionally, he also has a gift for eccentric visuals, storytelling, and humor that would be very fitting with the Muppet universe. Will the Muppets get a murder-mystery from him, probably not, but a spiritual successor to something like The Great Muppet Caper with someone like Benoit Blanc in the film’s primary human role might be in the realm of plausibility. Fans can definitely keep their fingers crossed.

Do you think Rian Johnson will make a Muppet movie? Tell us in the comments below!