Interview With The Muppets- God Bless Us, Everyone - Inside the Magic 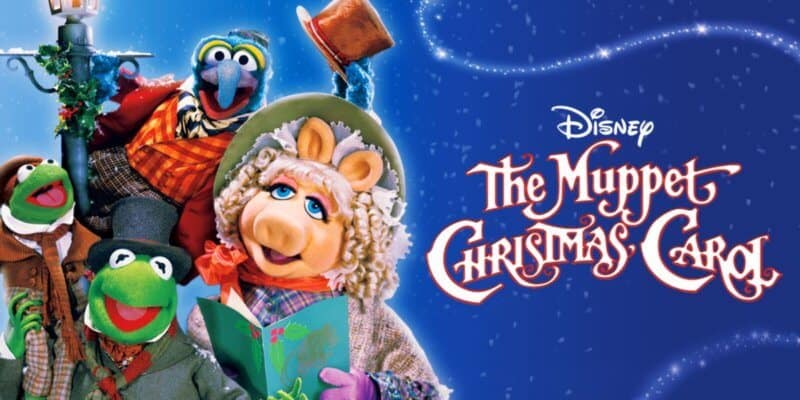 The Muppets are celebrating their 30-year anniversary of A Muppet Christmas Carol (1992) this year.

To celebrate, they sat down for an interview with Brett Goldstein (Ted Lasso and Thor: Love and Thunder).

Goldstein is an on the record and obsessed Muppets fan. So much so, he has done an entire 6-minute melody of A Muppet Christmas Carol, complete with costume changes.

I think it’s safe to say that he is more than qualified to host this interview. Brett got to sit down with Kermit, Miss Piggy, Robin, and Gonzo about “the greatest film of all time”.

A Muppet Christmas Carol is a cinematic adaptation of Charles Dicken’s classic A Christmas Carol. This particular version of the story actually uses more of the original text than any other adaptation.

Even if that means we get to see a pig tell off a grown man, or a ‘whatever’ and a rat slam into the side of a church, or even a frog ice skate.

This Muppet filled holiday classic sees one of the greatest ‘human’ actors of all time play opposite Kermit- Sir Michael Caine. It’s an honor for an actor to be asked to play a part in a Muppet Movie, and Caine is part of a long list of actors that have had that privilege.

As an early Christmas present for Muppet fans, Entertainment Weekly helped Brett interview the Muppets as the reminisced about the memories making the film.

You can watch that interview here.

The Muppets have gotten more and more of the spotlight recently with things like taking over the Haunted Mansion or our favorite house band getting their own spinoff show.

But who are we to complain? Everyone loves the Muppets!

What is your favorite Muppet Movie? Let us know in the comments.

Comments Off on Interview With The Muppets- God Bless Us, Everyone