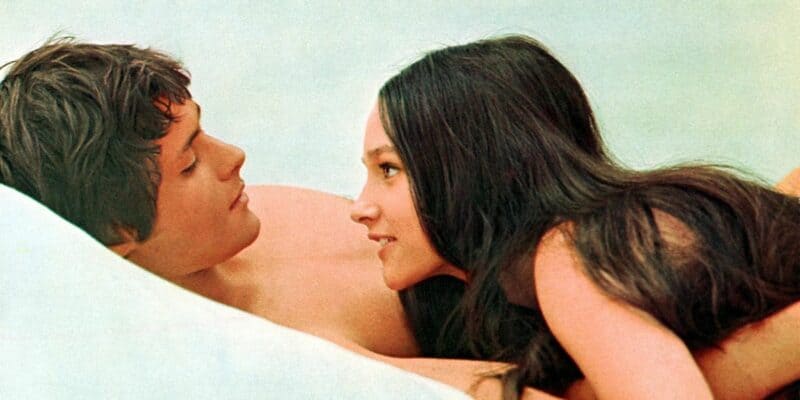 The studio is being sued for alleged child abuse that happened on set.

“Two households, both alike in dignity, in fair Verona, where we lay our scene.” That iconic first line will forever endure as the prologue that launches every production of Romeo and Juliet foretelling the fate of the young lovers.

Directed by Franco Zeffirelli, Romeo and Juliet (1968) has stood the test of time as one of the quintessential film renditions of Shakespeare’s Romeo and Juliet play. Watched by many literature and drama students the world over (and general theater enthusiast), Romeo and Juliet is one of Shakespeare’s most well-known tragedies, that has seen many different adaptations over the years. Another well-known edition of the play adapted to film is 1996’s Baz Luhrmann-directed William Shakespeare’s Romeo + Juliet, starring Leonardo DiCaprio as Romeo Montague and Claire Danes as Juliet Capulet, the two leading roles. Even the musical West Side Story is based on this eternal play. Now, however, the two stars of the 1968 film are coming out with an accusation that many were not expecting.

Olivia Hussey and Leonard Whiting who played star crossed lovers Juliet Capulet and Romeo Montague were 15 and 16 years old respectively when the movie was filmed, and now they are coming forward with some new allegations about their time on set that resulted in serious sexual child abuse.

Variety reports that on Friday, December 30, 2022, a lawsuit was filed in Santa Monica Superior Court, that essentially accused the studio that produces Top Gun (including last year’s smash hit Top Gun: Maverick starring Tom Cruise) Paramount Pictures Corporation and parent company Paramount Global, of “sexually exploiting them and distributing nude images of adolescent children”. The lawsuit claims that the late director Zeffirrelli, who died in 2019, had actually engaged in what can be considered child sexual abuse.

Despite being assured that there was “no nudity”, the actors were said to have been filmed nude without their consent:

Zeffirelli… assured both actors that there would be no nudity in the film, and that they would wear flesh-colored undergarments in the bedroom scene. But in the final days of filming, the director allegedly implored them to perform in the nude with body makeup, “or the Picture would fail.”

The complaint states that allegedly, Zeffirelli had “showed them where the camera would be positioned”, assuring that “no nudity would be photographed or released in the film” — but that the two young actors were in fact filmed without their knowledge and consent. Both actors’ business manager, Tony Marinozzi, referenced the #MeToo movement and said:

What they were told and what went on were two different things. They trusted Franco. At 16, as actors, they took his lead that he would not violate that trust they had. Franco was their friend, and frankly, at 16, what do they do? There are no options. There was no #MeToo.

It was said that both Hussey and Whiting have “suffered mental anguish and emotional distress in the 55 years since the film’s release”, missing out on job opportunities in the aftermath of Romeo and Juliet‘s filming, and are seeking $500 million worth of damages from Paramount as a result.

The actors’ attorney, Solomon Gresen also supported this idea, saying that “nude images of minors are unlawful and shouldn’t be exhibited”, making it clear that at the time, the actors were “naive children” in the 1960s, and ended up “violated”:

These were very young naive children in the ’60s who had no understanding of what was about to hit them. All of a sudden they were famous at a level they never expected, and in addition they were violated in a way they didn’t know how to deal with.”

Regarding the actual content of the nude scene, however, Hussey herself had actually mentioned in another Variety interview back in 2018, that she felt it was “needed for the film” and done “tastefully”. She had even praised the director Zeffirelli, calling him a “genius”:

He just brought things to life. That’s what I loved about Franco. He hired always the most perfect person to do the role, which ever role it was. And then he let that actor do what they felt.

However, it appears that the few years since 2018 have truly made hindsight 20/20, as both actors seem to have finally found the courage to go public (and legal) with this serious accusation.

What do you think of this lawsuit against Paramount over the Romeo and Juliet‘s behind-the-scenes abuse? Share your thoughts in the comments below!