Disney Being Pressured Into "Adults Only" Event - Inside the Magic 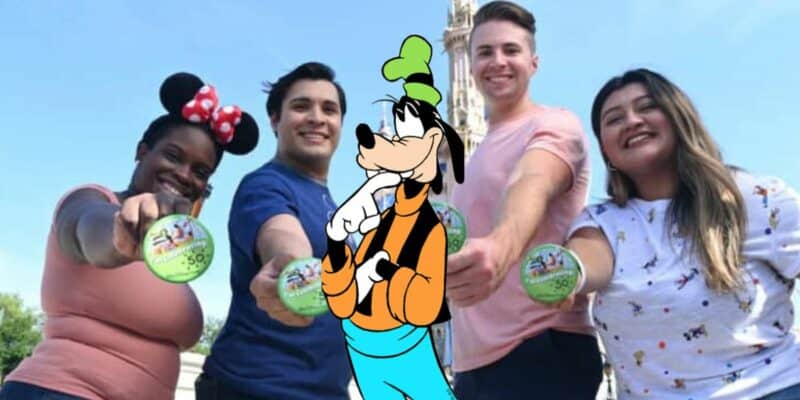 Disney Adults might be circulating social media a lot lately, largely due to the outrageous behavior of a certain few, but they are arguably one of the company’s biggest audiences. While some fans have claimed their presence a nuisance, others have floated the idea of an adult-only Disney function. The idea might not be as far-fetched as it sounds.

At first glance, especially given the company’s image, it might appear that children and families are the primary focus group of the Walt Disney Company, but that’s not as accurate as some might think. Even Walt Disney himself admitted at one point that the grown-ups were the ones who visited the Parks most of the week. There’s also the fact that it’s the adults who buy the tickets for their children. Even so, the idea of a strictly-adult Disney event might seem contrary to the Walt Disney Company’s values. But would that be such a bad idea?

A recent Reddit post shared what some adult Guests thought about an adults-only Disney parks event, and the response was surprisingly complex. Many were in favor of the event, and a few were opposed to it after considering the behavior of some unruly visitors, but there were a few replies that went into more detailed explanations of the pros and cons of the idea.

u/MrsBarefoot gives an expected but practical response to the benefits of an adults-only night by stating,

“I would love it! It could always be an after hours event. My husband and I don’t drink, so that wouldn’t be the pull for us. Going to the parks without having to hear screaming kids? Yes, please. My kids are teens, and I still wake up sometimes thinking a baby is crying. When we go on trips without them and I hear a kid cry, I still briefly panic. I’m nuts. It would be nice to go one night and not have my issues triggered…”

Former Cast Member u/silverleaf103 shares their thoughts on the idea from someone with close proximity to Disney’s magic when they write,

“I would love it. As a former CM, we got to sometimes go to the preview of the shows at midnight sometimes, leading up to when they would debut for guests. It was a fun feeling being in the park at night, no worrying about kids and getting to see a fun parade/show. Sure, you’d have some annoying Disney adults but I mean, they’re there anyways and I think there’s a large number of childless adults with money nowadays, would be a good idea…”

All those in favor do make excellent points about the benefits to a kid-free event at the Parks, but there’s surprisingly a fair number of fans that don’t see the difference it would make, and some even outright call out the suggestion as being a bad idea for gathering a large quantity of Disney Adults into one space.

“I am a child free adult, and would give this a hard pass. I can’t begin to imagine what a park full of entitled bratty ‘adults’ running around, screaming at other bratty adults about imagined slights….”

And u/Sparkle-Bubble adds a harsh, but understandable, take on the idea by addressing the very real hazard of drunken Guests gathered together for a special event when they add,

“It would be absolutely terrible because the vast majority of the awful guests are adults. And they’d be significantly drunker than they normally are.”

All commenters have their good points and bad points, but two primary comments were made concerning a previous event Disney themselves established that was indeed primarily for adults. u/pooh–bear and u/MrsLeeCorso share their thoughts on Date Nite at Disneyland, a former event hosted in the ’50s and ’60s that encouraged couples to dress up and visit Disneyland for a romantic night at Walt’s original Park. Generally, this could be considered Disney’s first adult event, and many would agree that it’s high time an event like this made a return. Adult events are nothing new, and Disney might want to reestablish some to further satisfy their bigger fanbase.

Would you go to an adult Disney event? Tell us in the comments below!