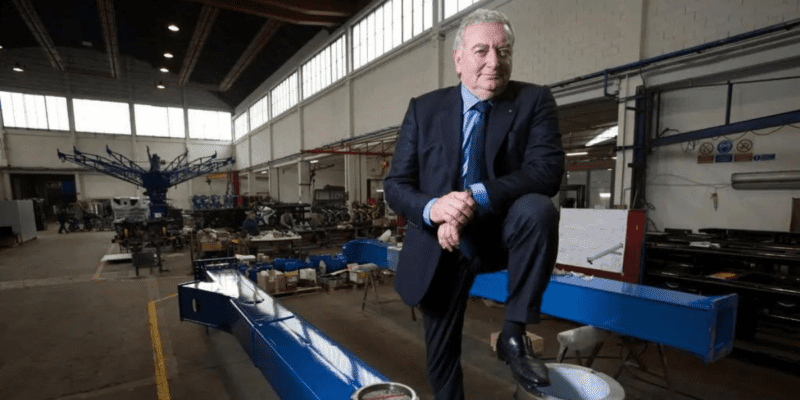 The man behind multiple Disney attractions, and many more at different theme parks across America, has passed at the age of 71.

Alberto Zamperla, a global amusement park impresario who leaves behind a massive legacy that includes the revival of Luna Park, which helped Coney Island recover from decades of decline, passed away on November 17 near Vicenza, in northeast Italy. Zamperla was 71.

Until his death, Mr. Zamperla had been the president of The Zamperla Group, founded by his father, Antonio, in 1966. The conglomerate designs and manufactures roller coasters and other theme park attractions all over the world and has even brought multiple Disney attractions to life.

The company grew significantly since it was first founded, and around 1988 it took up the technical and production challenge launched by Walt Disney for the opening of the company’s European amusement park, Disneyland Paris, where Zamperla supplied seven attractions out of the initial twelve.

The Zamperla Group’s website states, “The acquisition of the Euro Disney contract is still remembered with emotion and pride. It represents a milestone in the development of the Vicenza-based company which with a turnover today of approx. €70 million and an export quota of 97% stands out as a reference company in the amusement world. Additionally, it boasts a customer list featuring the most famous “names” of the amusement industry, from Disney and MCA Universal Studios to Warner Bros., Six Flags, Paramount and more.”

To this day, Walt Disney Studios Park in Disneyland Paris is home to Cars Quatre Roues Rallye, a Zamperla attraction. The company was also responsible for bringing Flik’s Flyers — currently Inside Out Emotional Whirlwind at Disney California Adventure — and the closed Primeval Whirl at Disney’s Animal Kingdom Park to life.

Cedar Point, a popular theme park in Sandusky, Ohio, is currently constructing an all-new attraction manufactured by Zamperla that is scheduled to open on May 6, 2023, when Cedar Point reopens its gates after its planned winter closure.

Mr. Zamperla was known for making more of his company’s attractions accessible to children with disabilities and for contributing to nonprofits that benefited them. In 2015, he campaigned, exuberantly but unsuccessfully, for mayor of Venice with the slogan “No to boredom, yes to life.”

“I love living in New York City. I am proud to be an Italian Alpino. I am proud to be, above all, a citizen of the world. I enjoy knowing that my profession makes children of all ages happy across the globe.” Mr. Zamperla used to say.

Did you know of Alberto Zamperla and his company’s legacy?