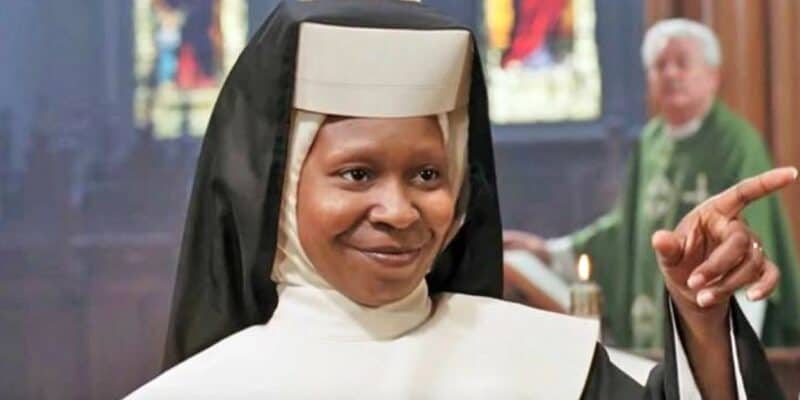 Whoopi Goldberg is back and ready to go on the third installment of her ‘Sister Act‘ movies.

She just recently provided an update on both The Tonight Show with Jimmy Fallon, and also on The Drew Barrymore Show.

On both shows Whoopi revealed that she has been given the script. She says, “The script came in yesterday. I really like it, but it has a whole lot of adults to go through. So, if they don’t get in its way, it could actually be really good.”

When speaking with Drew Barrymore, Drew makes a comment that she can’t really get on any form of social media without hearing about ‘Sister Act 3’.

“You can’t go wrong with 15 singing nuns,” Whoopi says in her interview with Barrymore.

In both of her interviews she asked Drew and Jimmy if they wanted to be a part of this third installment. Naturally, they were both over the moon and jumped right on board.

The first ‘Sister Act‘ (1992) was about lounge singer Deloris (Goldberg) being put in the Witness Protection Program after seeing her gangster boyfriend kill someone.

With her singing background, Mary Clarence ends up joining the choir and turning the entire convent around.

In ‘Sister Act 2: Back in the Habit’ (1993) Deloris is now a famous Las Vegas singer. But she is asked to come back and help her nun friends save the very school she went to as a child.

Unless it’s reputation can improve, the school will close. Deloris poses, once again, as Sister Mary Clarence and becomes the new music teacher.

She puts the choir in a music competition, hoping they will win and boost the school’s reputation.

No details have been released about the third installment, however, if it’s anything like the first two, we just hope we don’t have to wait too long!

Would you watch ‘Sister Act 3′? Let us know in the comments.