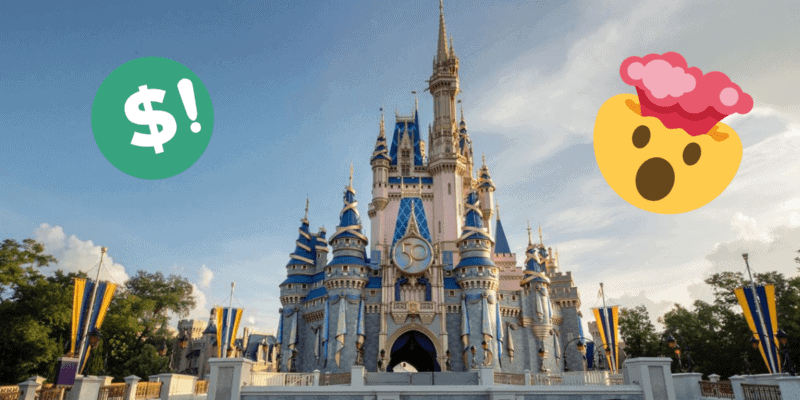 It has been no secret that a Walt Disney World Resort trip has become much more expensive in recent years, but have you ever done the math to break down how much you spend each day on your vacation?

There’s no denying that Disney Parks and Resorts are expensive. Guests need to shell out the big bucks when visiting Disney properties, from the lavish Aulani Resort in Hawaii to the iconic Disneyland Resort in Anaheim, California.

Guests can expect to spend a little bit of money on a Walt Disney World Resort trip, but spending $3,758 in one day seems a little extreme.

According to one Guest who recently posted a viral video, this is precisely the amount she and her family spent on a one-day visit to Disney’s Hollywood Studios. Even worse, the amount they spent that day didn’t seem to get the family anything that special. The experience sounds terrible, to be quite honest. See the video for yourself below:

Disneyland the happiest place on earth

Related: Nearly 20% of Guests Go Into Debt From Disney Vacations, Will Prices Ever Settle?

Under the leadership of former CEO Bob Chapek over the last few years, The Walt Disney Company had figured out several different ways to increase revenues from its Theme Parks: they adjusted their pricing, promoted advance ticket sales, and offered new and elevated merchandise and food options.

In 2021, the Walt Disney World Resort debuted Genie+, effectively replacing Disney’s free FastPass program with a tiered system that offers a base level of complimentary services and paid premium access for additional benefits. Disney Parks also increased prices for other services across the board.

Understandably, Guests can get frustrated with these additional price increases. The question is, are middle-class families at this point going to be priced entirely out of the Walt Disney World Resort vacation?

Do you think that Walt Disney World has become too expensive? Let us know what you think by leaving us a comment below.