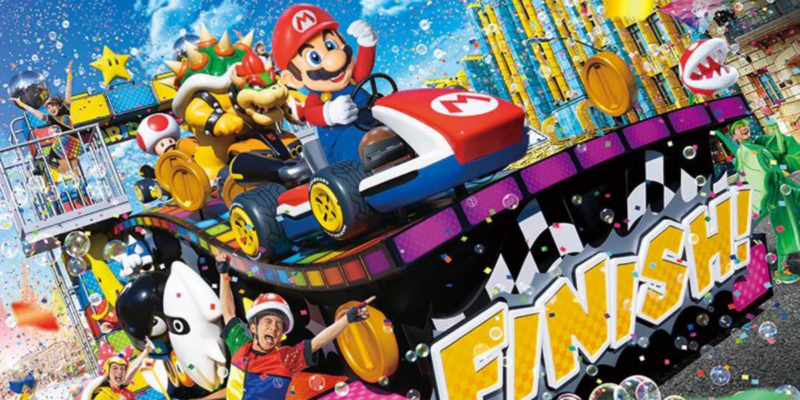 Universal Studios Hollywood is gearing up to welcome Guests into the Southern California theme park’s newest themed land — inspired by the fan-favorite Mario Bros. franchise — opening for all Guests on February 17, 2023, with exclusive previews for select Guests. This new land and the current development of Universal’s Epic Universe will open a whole world of possibilities for Universal Parks in America regarding attractions, experiences, merchandise, dining, and entertainment offerings.

To add to the unique Nintendo-inspired experience, Universal Studios Japan recently shared the news that an all-new parade would debut at the Japanese theme park in 2023, featuring characters from Super Nintendo World, along with characters from Pokémon, Hello Kitty, Peanuts, Sesame Street, and Illumination’s Sing, Despicable Me, and Minions franchises — which will headline an all-new attraction coming to Universal Orlando Resort.

The NO LIMIT! parade will debut at Universal Studios Japan on March 1, 2023. This all-new experience is described by Universal as follows:

In addition to Mario and Pokémon who appeared for the first time, minions and friends of “SING”, Elmo, Snoopy, Hello Kitty, etc. appeared one after another with lively float and norinori numbers. All of them are unique and WOW! If you get impossibly involved in the world view and dance around, you will break out of your shell and be super refreshed!
Let’s be super energetic in a super enthusiastic parade where everyone plays a leading role!

Mario, Luigi, Bower, Toad, Princess Peach, and Yoshi will be driving their go-karts on a float inspired by the famous Rainbow Road track from Mario Kart, along with dancers and characters from the beloved franchise. You can see the preview video for the NO LIMIT! parade below.

Universal has not announced any official plans to bring a similar experience to Universal Studios Hollywood or Universal Orlando Resort, but considering the constant updates at both Parks, it could be possible to see a similar offering make its way to America soon.

Would you like to see a similar offering at Universal Studios Hollywood once Super Nintendo World opens? Let us know in the comments below!