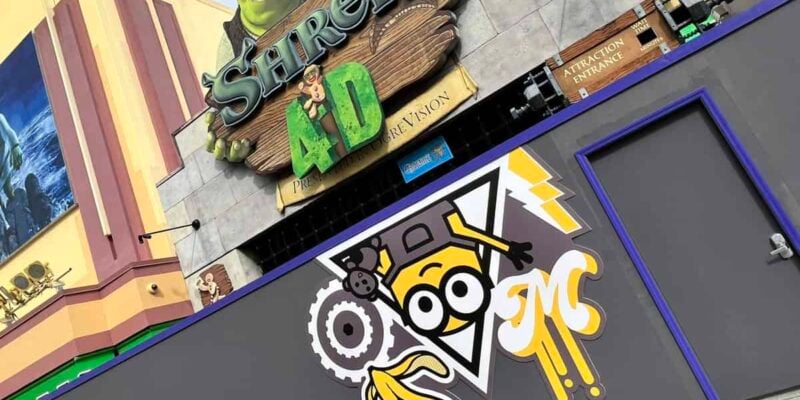 Universal Orlando Resort is known for thrills and family fun attractions that Guests can visit daily.

Universal Orlando has two theme parks Universal’s Island of Adventure, and Universal Studios Florida. Each theme park has different attractions that Guests of all ages and sizes can ride.

Universal Studios Florida has iconic attractions like E.T. Adventure, Transformers 3D, Harry Potter and the Escape from Gringotts, Despicable Me Minion Mayhem, Revenge of the Mummy, if Guests are looking for rides with a need for speed Hollywood Rip Ride RockIt, and many more attractions.

Universal is also in the process of making Epic Universe, which will include Super Nintendo World Mario. In addition, Universal is constantly updating rides and making worlds for Guests to enjoy.  These rides and attractions include the likes of the Bourne Stuntacular at Universal Studios Florida, as well as Hagrid’s Magical Creatures Motorbike Adventure and the Jurassic World VelociCoaster at Universal’s Islands of Adventure all, are younger than 5 years old.

Universal Studios Florida recently closed Shrek 4-D, and it was also just announced last month that the Woody Woodpecker KidZone–which housed five kiddie attractions– would be closing down permanently at the beginning of 2023.

As we look toward what the future looks like at Universal Orlando, we just recently got a glimpse at the latest updates on the new Minions-themed attraction as construction is taking place.

Inside Universal Tweeted a photo:

The entrance to the unannounced Shrek replacement has been cemented.

The entrance to the unannounced Shrek replacement has been cemented. @UniversalORL pic.twitter.com/FJTLJooaAU

Guests can see from the photo that the Shrek 4D sign is gone– it was previously removed– and the doors where the three little pigs were have been closed up to make a fresh face for the new Minions ride. Universal Studios Florida will soon have two Minions rides, the unannounced ride, and Despicable Me Minion Mayhem.

The next step for the outside facade of the attraction will likely be adding actual decorations, which means we could see Minions soon.

What type of new Minion’s ride are you hoping Shrek will be turned into?