Former Theme Park Employee Now Makes Over $5,000 on OnlyFans, “I Do What I Want” - Inside the Magic 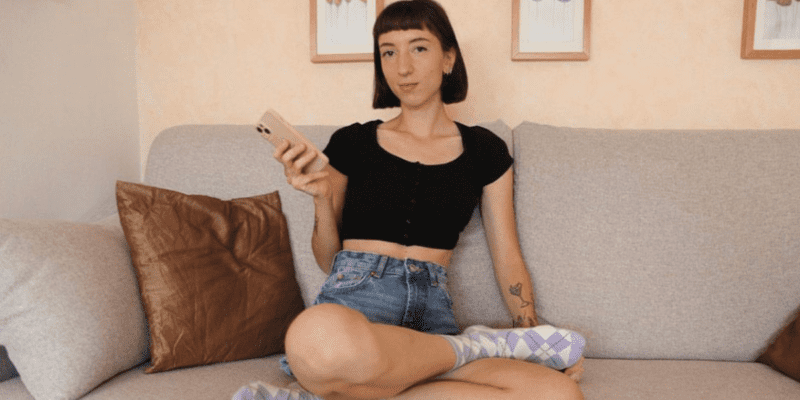 A theme park employee was fired after Guests kept recognizing her from her OnlyFans account, which she opened to make ends meet.

Working at a theme park may not be as fun and glamorous as many might think. Even the Most Magical Place on Earth, Disney World, has had reports of horrifying working conditions, with Cast Member unions constantly seeking better wages and working conditions. Unfortunately, this extends to theme parks worldwide, with employees having to go to extreme lengths to make ends meet.

This was the case for Ilaria Rimoldi, a former theme park employee at Gardaland Resort in Verona, Italy, who was recently fired from her day job at the theme park after her bosses found out she had opened an OnlyFans account to boost her income while working at the Park.

Rimoldi had worked at the Gardaland Resort for two seasons, but her bosses wouldn’t renew her contract at the end of last month after becoming unhappy with her side hustle. She told the Italian newspaper Corriere Della Sera, “My salary was around 1,000 euros, insufficient for rent, car, groceries and bills. So I had the idea of OnlyFans.”

Rimoldi claims to have earned little over $600 during her first month on the platform and that this rose to over $5000 in November. She added that at first, her workplace seemed “very open” to the fact that she had started an OnlyFans account, adding: “A person’s private life remains a personal matter.”

However, the OnlyFans creator commented that her bosses changed their mind when her “notoriety began to increase,” as she revealed that around five or six visitors to the park had told her they’d seen her on OnlyFans. This eventually led to a meeting with two managers and the staff director of the Park who “without being rude,” recalls the adult content creator, “pointed out to [her] that Gardaland is a facility for families and that those photos don’t match the image of the park.” “I replied that in my free time I do what I want and that if they wanted they could raise my salary allowing me to earn the same amount that my second job guarantees me. Of course, they refused,” Added Ilaria.

In a statement obtained by Il Riformista, the amusement park said: “Gardaland recognizes and promotes the importance of human resources within the work environment.” However, they explained, “As part of the company’s policies, employees are asked, for their own digital activities, to avoid the misuse of Gardaland’s logos or images that are not in line with the family-oriented vocation of the amusement park.” This impacted the OnlyFans creator as she wore the amusement park uniform in a video she posted, who later commented, “I hadn’t thought about it.”

Unfortunately, Disney Parks Cast Members have also had to resort to skipping meals, sleeping in cars, and performing sex work to survive, as wages on their own at the theme parks are not enough to make a living. Fans have voiced their concerns, commenting that Disney should pass the profits of constant price increases to underpaid Cast Members. Unfortunately, there has not been significant progress in these negotiations.

Should theme parks provide better working conditions for their employees? Let us know what you think about this situation in the comments below!

Comments Off on Former Theme Park Employee Now Makes Over $5,000 on OnlyFans, “I Do What I Want”