'Willow' Has a Hidden 'Star Wars' Icon - Inside the Magic 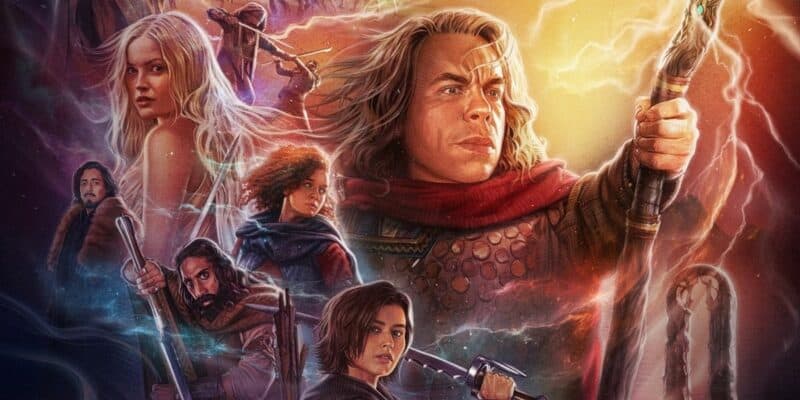 New Disney+ series Willow (2022) has a hidden Star Wars star at its heart. And we aren’t talking about Warwick Davis, who famously played the Ewok Wicket W. Warwick in Star Wars Episode VI — Return Of The Jedi (1981) and is the titular star of this show.

No, we’re talking about Joonas Suotamo, who took over the role of iconic Wookiee hero Chewbacca from Peter Mayhew. The towering Finnish actor Suotamo, who stands at 6ft 11, plays the Scourge in the show. A monstrous new villain, the Scourge tangles with our heroes in episode one as he and his fellow villainous companions, The Gales, attack the castle.

His appearance is far different to the lovable Chewbacca: where Chewie was soft and teddy bear like, the Scourge is covered in cracked leathery skin and wears a spiked cage as a helmet. He’s an imposing monster.

And if you want to dig back even further, the Star Wars connection actually goes all the way to the top: George Lucas himself executive produced and actually created the original story the 1981 film, Willow, was created from.

For Kellyman and Suotamo, however, this wasn’t exactly the same character dynamic as Chewie and Kellyman’s character Enfys Nest shared in Solo.

“We thought, ‘Hey, let’s recreate me taking you piggyback like we did on Solo. And as soon as she saw the costume, she said, ‘We’re not doing this.’”

You might also think that Chewie would be a lot of effort to transform into. But the hairy fuzzball has nothing on Suotamo’s Willow character.

“Compared to Chewie, the costume was a lot more to put on. I had a team of people following me with different gadgets and gloves and the cage.”

Did you know it was Joonas Suotamo inside the monstrous Scourge? Let us know in the comments below.

Comments Off on ‘Willow’ Has a Hidden ‘Star Wars’ Icon