Upcoming Starbucks Changes Could Affect Disney Guests - Inside the Magic 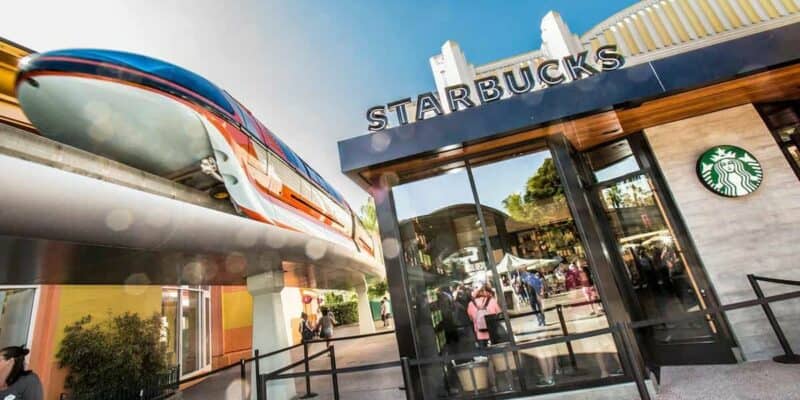 Starbucks is a fan-favorite location to stop by at the Disney Parks. Whether you’re beginning your day with a hot coffee at Downtown Disney or sipping on a specialty iced drink from the Market House location on Main Street, U.S.A., this beloved coffee chain is sure to put a pep in your step while you enjoy your day at the Parks.

However, consumers, along with those who partake in a Starbucks visit during their day at the Disney Parks, might be a little wary about ordering from this coffee industry titan, as the rewards system might change as early as February 2023.

According to a new article from Business Insider, there was a leaked internal memo that outlined a major change in the Starbucks Rewards program.

As of now, customers who join the Starbucks Rewards program earn points, or stars in this case, each time they purchase a drink or food. They can use these stars to redeem free menu items. However, starting in February 2023, the number of stars that customers will need in order to redeem free items will increase.

Related: Another Starbucks Is on Its Way to EPCOT Soon

Currently, it takes 25 stars to be able to customize a drink, whether that’s adding syrup, an espresso shot, or an alternative milk product to a drink. It takes 50 stars to be able to redeem a hot coffee, tea, or baked good. Handcrafted drinks, such as cold brews and lattes, and hot breakfast foods take 150 stars to redeem. Lunch items, including salads and sandwiches, will now require 200 stars.

However, with the new star system, it will still take 25 stars to customize a drink, but it would now require 100 stars to redeem a hot coffee, tea, or baked good. Also available at 100 stars would be prepackaged food like ham and swiss croissants, along with iced coffees and teas, which were previously 150 stars. Handcrafted drinks and hot breakfast items will now need 200 stars to redeem.

Salads and sandwiches, along with other lunch items, will require 300 stars to redeem. Additionally, packaged coffee can be redeemed for 300 stars, which previously required 400 stars. However, the top tier of stars, which is 400, remains the same for merchandise, such as cups.

As frustrating as this new points system will undoubtedly be for consumers, who are already paying premium prices for coffee, some slightly good news is that it will still be the same process to earn these stars. Starbucks customers who are enrolled in the program will get one star for every $1 spent at the coffee chain, or two stars for every $1 using a Starbucks card or pre-loaded digital card.

These changes are expected to go live on February 13. According to the memo, these changes are necessary to “ensure the health of the program and meet the evolving needs of our customers,” though patrons might feel differently.

Starbucks has not confirmed the contents of this memo, but this may change in the next few days. It will be interesting to see how this announcement affects the coffee-drinking habits of consumers, particularly Disney Parks Guests, who are already paying hefty prices to get through the Park gates. We will likely find out in a few months if patrons are still interested in buying expensive drinks and participating in a program that will take them much longer to be rewarded.

Are you a Starbucks Rewards member? What do you think of this new announcement?